APA concerts agent Travis Wolfe has been promoted to Vice President, it was announced today by Steve Lassiter, Partner and Head of Concerts at APA Nashville.

“Travis has done a tremendous job since first joining our team and I’m very proud to reward his hard work and dedication with this well-deserved promotion,” Lassiter said.

Wolfe, who oversees APA’s music and comedy rosters for corporate and special events, joined APA in 2013 from Paradigm. In 2012, he was named Emerging Talent Agent of the Year by the International Entertainment Buyers Association (IEBA). He began his career working in artist management for country artist Neal McCoy.

Wolfe is also the responsible agent for the groups Sister Hazel, Royal Machines, Quixotic, and Keith Anderson, among others.

Montana will debut the new Under The Big Sky Festival, slated for July 13-14 in Whitefish, Montana, with a string of alt-country and Americana artists.

Attendees will experience the music as the festival is held on the 350-acre working farm Big Mountain Ranch, located at 1875 Voerman Road in Whitefish, Montana. The ranch has 180-degree views of Whitefish Ski Resort’s mountains.

Under The Big Sky is an all ages event, with children under six able to enter for free. Food and beverage will be a curated collaboration between the notable Whitefish restaurateur Pat Carloss and his team and Best Beverage Catering, who provide catering for Coachella, Stagecoach, BottleRock and many other major festivals. VIP experiences and seating will be offered, with a bespoke VIP food and beverage program. A bike valet will be available on-site. Discounted local hotel and camping accommodations will be announced soon.

Tickets will go on sale Feb. 19, with VIP tickets starting at $250 (plus fees), and general admission tickets beginning at $99 (plus fees). For more visit underthebigskyfest.com.

Lowe has an established career in music broadcasting, first at MTV UK and XFM, then heading to BBC Radio 1 where he hosted the New Music show for 13 years before moving to Los Angeles to join Apple Music in 2015.

“It is a huge honor to welcome Zane Lowe to this year’s Conference program,” says James Donio, President of Music Biz. “He is one of the most influential names in the broadcast industry today, and his vision and insight will be of great interest to our audience.”

Alongside this announcement, Music Biz has also revealed a first glance at the preliminary agenda for Music Biz 2019. 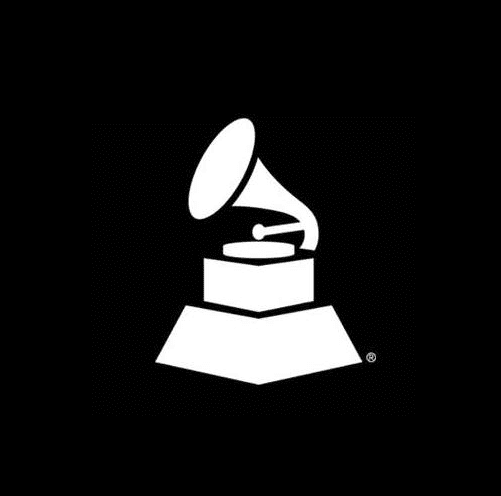 The Grammy Awards Premiere Ceremony will take place at Microsoft Theater in Los Angeles on Sunday (Feb. 10) from 12:30–3:30 p.m. PT, and will be streamed live internationally via grammy.com. Preceding the 61st Annual Grammy Awards telecast, the Premiere Ceremony will be hosted by Shaggy and will feature a number of performances by current Grammy nominees. Currently slated to perform are singer-songwriter Snatam Kaur, trumpeter Craig Morris, and dance/electronic duo Sofi Tukker. Nigerian Afrobeat artist Seun Kuti and Malian singer-songwriter Fatoumata Diawara will take the stage together to perform, and for the first time ever, Ángela Aguilar, Aida Cuevas, and Natalia Lafourcade will unite to perform the Mexican folkloric classic “La Llorona,” which all three have recorded during their careers.

Sam Grow has signed with Average Joes Entertainment. Grow will deliver his first full-length album for the label this Spring. An A-side, single-pack featuring two new songs, “History” and “Boots,” is scheduled for release Feb. 1 and is available at all digital outlets.

“History” written by Cam Montgomery, Mike Hardy and Nick Donley, showcases Grow’s soulful vocals and tells the tale of a couple who are in and out of a relationship while “Boots,” penned by Josh Thompson and Jason Saenz, is a catchy, uptempo chronicling the colorful journey of a loyal pair of boots.

“The entire team is excited to welcome Sam to the label. His artistry as both a songwriter and entertainer is exceptional, as is his work ethic. He’s done the work, and it’s quite obvious where he’s headed,” said Average Joes’ A&R representative, Forrest Latta.

“I’m excited to get this new music out to my fans. I love both of these songs and feel like they are the perfect introduction to the new album coming this spring,” said Grow.

Friday Pilots Club has signed with Big Machine/John Varvatos Records. The band will release their first single under the BMLG imprint, “Glory,” next Friday (Feb. 8) on all digital platforms. Caleb Hiltunen (vocals) and Drew Polovick (guitar) front the Chicago-based band, which has already earned a loyal local following. They will release “Glory” to alternative radio on February 11.

“I’m always on the lookout for a rock band that cuts through the noise with songs, imagination, power and identity,” said BMLG President and CEO Scott Borchetta. “From the first time I met Caleb, Drew and the band, to their electric live show, I knew we found something special. Serving notice now, the Pilots are coming.”

“Friday Pilots Club have everything that a great rock band should possess – memorable songs, big hooks, and an exciting stage presence,” adds John Varvatos. “Caleb and Drew are the real deal!”

“Working with BMLG has been incredible in understanding how many parts there are to a successful (pun intended) machine,” said Hiltunen. “Over the past two months, Scott, John and the team have helped us prepare for what I’m hoping will be our first big step into the public eye (and ear). Without them and our personal team, Drew and I (and our boys) would be right where we started. It’s good to have a solid team, the state of rock should always be solid.”

To register to attend Country Radio Seminar’s 50th Anniversary event, visit countryradioseminar.com. Single-day passes are also being made available. Single-day passes (limited to two day passes per person) will be $200. Day passes include access to panels, speakers, luncheons and networking destinations on the day of pass purchase, with the exception of Friday’s New Faces of Country Music show. Day passes will only be available for purchase on-site. The final rate of $699 is now in effect for others planning to attend CRS 2019.

“These team members are prime examples of the high standard of commitment and service we provide each of our clients,” said Julie Boos, FBMM chairwoman. “Their passion for our clients and our company is evident in everything they do. We have enjoyed watching them grow since they first joined our team, and we feel fortunate to continue to watch these talented individuals excel in the industry.”

Klemz has been with FBMM since 2016 and is now an account executive. His previous experience includes working as a video editor at Red Heron Productions and a compliance manager at Public Affairs Support Services. He also served as the 106.7 The Fan web videographer at CBS Radio. He received his bachelor’s degree in integrative studies/arts and culture from George Mason University.

Vogler came to FBMM in 2015 and is now an account executive. Before her time at FBMM, she served as an intern for the Marketing and Communications department at Presbyterian College. Her previous work experience includes serving as an intern at J-2 Music and the City of Charleston Office of Cultural Affairs. She is a member of WMBA (Women in Music Business Association) and SOLID (Society of Leaders in Development), and she graduated from Presbyterian College with a degree in business administration.

Pettit joined the FBMM team in 2013 and has been promoted to account manager. Her previous industry work experience includes serving as a licensing intern at Sony/ATV and as the office manager at Lyon & Phillips, PLLC. She is also a member of the Troubadour Society, is an alumna of the WMBA, and has been an active member of SOLID for three years and currently serves as the treasurer on the board. Pettit graduated with a degree in music business from Middle Tennessee State University.

Travis Denning turns up with another winner. Kassi Ashton and Kendall Beard redeem themselves with their sophomore singles. Shane Owens continues to hold the flag high for vintage honky-tonk sonic attitude.

Best of all, the goddess Ashley McBryde has issued the title tune to her awesome album. It earns her an unchallenged Disc of the Day award.

ASHLEY MCBRYDE/Girl Goin’ Nowhere
Writers: McBryde/Jeremy Bussey; Producer: Jay Joyce; Publishers: Songs of Song factory/Universal Tunes, BMI/SESAC; Atlantic
– The ballad title tune of Ashley’s spectacular debut album plucks at every heart string of every picker there ever was. Her tender, aching delivery contrasts the depressing naysayers of her youth with her ultimate glow in the spotlight. The long delay until the band comes in only adds to the exquisite emotional pinpoints. This woman rules.

EASTON CORBIN/Somebody’s Gotta Be Country
Writers: Ashley Gorley/Dallas Davidson/Rhett Akins; Producer: none listed; Publisher: none listed; EC
– Ya gotta love it. It’s yet another proud-to-be-country romp. But his delivery is just so earnest and good natured that you can’t help smiling. A happy redneck winner.

KASSI ASHTON/Violins
Writers: Kassi Ashton/Luke Dick/Natalie Hemby; Producers: Luke Dick/Luke Laird; Publishers: none listed; MCA
– Despite what you might expect from the title, this is feisty, rocking and smart-ass. The gist is that whatever sympathy tune he’s playing, she ain’t listening. Her spitfire delivery is packed with tart attitude.

TRAVIS DENNING/After A Few
Writers: Travis Denning/Kelly Archer/Justin Weaver; Producer: none listed; Publisher: none listed; Mercury
– It has a nice, rolling groove with a thumping undertow. His urgent vocal relays the story of a guy who relapses with an ex way too often. I remain a booster of this fellow.

SHANE OWENS/Love To Try Them On
Writers: noen listed; Producer: none listed; Publisher: none listed; Amerimonte
– It’s sort of an answer to “Who’s Gonna Fill Their Shoes?” Which means it is perfect for a hardcore traditionalist like Shane. On top of that, it’s a toe-tapping, honky-tonkin’ par-tay. While he tips his hat to George Jones, Merle Haggard, Vern Gosdin and Keith Whitley, he has a blast. Play it.

JOHN SCHNEIDER/Who Da Baby Daddy
Writers: Haselden; Producers: Paul Leim, Schneider, Alicia Allain, Bob Bullock; Publisher: none listed; Maven (track)
– Ripping off Stevie Wonder’s groove to “Superstition” is not a promising start. Attempting a black accent while relating the Christmas story digs the hole deeper. However, I have to admit that the lyric is as clever as the dickens. Definitely worth a listen.