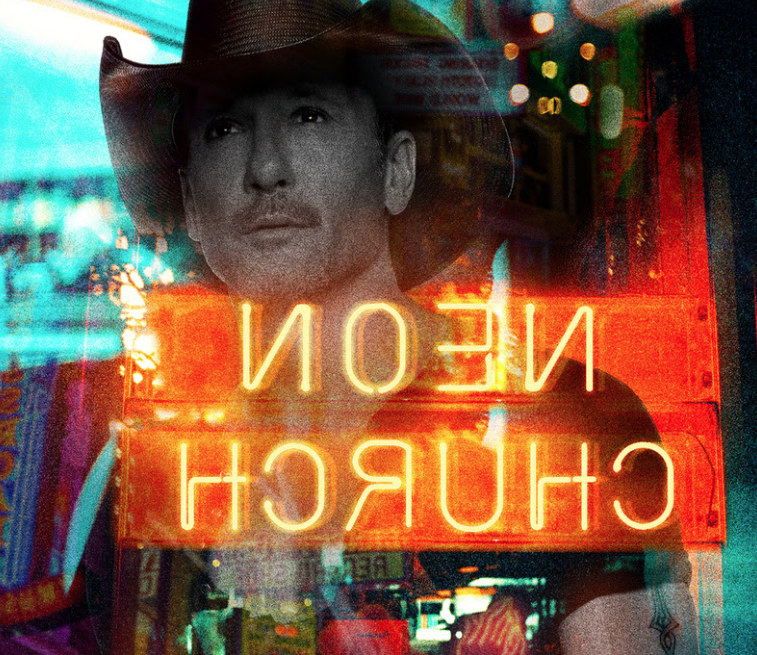 Tim McGraw released his first new solo music in two years on Thursday (Oct. 4), with the unveiling of “Neon Church,” via Columbia Nashville/McGraw Music. “Neon Church” was penned by Ben Goldsmith, Ross Ellis Lipsey and Ben Stennis and co-produced by McGraw with Byron Gallimore, and marks the lead single from McGraw’s upcoming album, set for release in 2019.

“There’s not a misplaced word in ‘Neon Church,’” explained McGraw in a release from the label.

McGraw has also released a second track, “Thought About You,” penned by The Warren Brothers and Lee Miller, and co-produced by McGraw with Gallimore.

“I love that there are no rules anymore and I can give fans more music at once. I really felt that both these songs were ready to be heard and will absolutely give a sense of where I’m going with my next project. They’re meaningful to me and show the diversity of what I’ve been working on musically,” said McGraw who has most recently spent two years touring with his wife Faith Hill on the Soul2Soul Tour in support of their first-ever album together, The Rest Of Our Life.

“Tim had such a vision for the sound and shape of this new music. ‘Neon Church’ is an anthem from the first note and is so unique sonically,” said Gallimore.  Together as co-producers, McGraw and Gallimore have sold over 50 million records.

McGraw also stopped by SiriusXM’s The Highway to discuss the new music with Storme Warren.

“This album, we had so much fun in the studio and we had such great songs and such great tones and sounds, and we had such an idea of what we wanted to do when we went in there that I would say 98 percent of these vocals were tracking-day vocals. We went in, cut them and just kept everything that we recorded while we were singing… I spent a lot of time learning the songs, I really wanted to have a-what’s the word I’m looking for?-first approach passion to it. That’s what I really wanted, and boy we got it. I flew in from the road a couple of times and flew in from the road one time and went in the studio, slept on the couch for three or four days and cut these records. Gosh, we really were excited when we got through with it. I mean you can even hear on my vocal, you can hear the snare drum sound bleeding through my vocals sometimes because we were writing all in the studio. I think it makes an even bigger sound, we wanted it to be a big wave coming at you.” -Tim McGraw in an interview airing Friday, October 5 at 7:30 a.m. ET on SiriusXM channel 56.