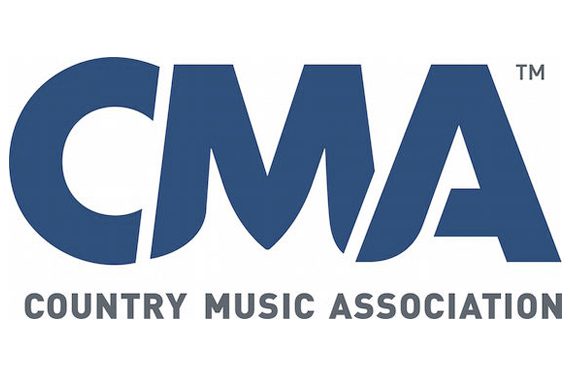 CMA Broadcast Awards are presented for Personality and Station of the Year in four categories that are determined by market size (major, large, medium, and small), as well as CMA National Broadcast Personality of the Year.

To submit an entry, CMA member radio stations and broadcast personalities in the U.S. and Canada can log on to broadcast.CMAawards.com, where guidelines and instructions for entries are posted. The site will continue to accept submissions until Saturday, June 30 (6:00 PM/CT).

All entries must reflect performances and events between June 1, 2017 and May 31, 2018. CMA’s panel of judges, which includes distinguished radio and industry professionals, will be able to view and evaluate each entry online.

The first ballot and instructions will be emailed Monday, July 2 to CMA members in good standing who are eligible to vote. Voting for the first ballot closes Thursday, July 12 (6:00 PM/CT).

The second ballot will be emailed to CMA members Monday, Aug. 6. Voting for the second ballot closes Thursday, Aug. 16 (6:00 PM/CT). The final nominees in each of the 12 categories will be announced later this summer.

Winners of The 52nd Annual CMA Awards will be determined in a final round of voting by eligible voting CMA members. The third and final ballot will be emailed to CMA members Monday, Oct. 1. Voting for the CMA Awards final ballot ends Tuesday, Oct. 23 (6:00 PM/CT). All balloting is officiated by the professional services firm Deloitte & Touche LLP.

CMA Broadcast Award winners will be notified in early October and recognized at The 52nd Annual CMA Awards, which will be held in November in Nashville. The annual, three-hour awards ceremony will be broadcast live on the ABC Television Network.

Nominees and winners for the 2018 CMA Broadcast Awards and The 52nd Annual CMA Awards are determined by more than 7,400 professional members of CMA, which is the first trade organization formed to promote an individual genre of music, established in 1958 and celebrating its 60th anniversary this year.

The first “CMA Awards Banquet and Show” was held in 1967. The following year, the CMA Awards was broadcast on television for the first time, making it the longest running annual music awards program on network television. The CMA Awards have aired on ABC since 2006. ABC is the network home of the CMA Awards and CMA’s other two television properties, CMA Fest and CMA Country Christmas, through 2021. 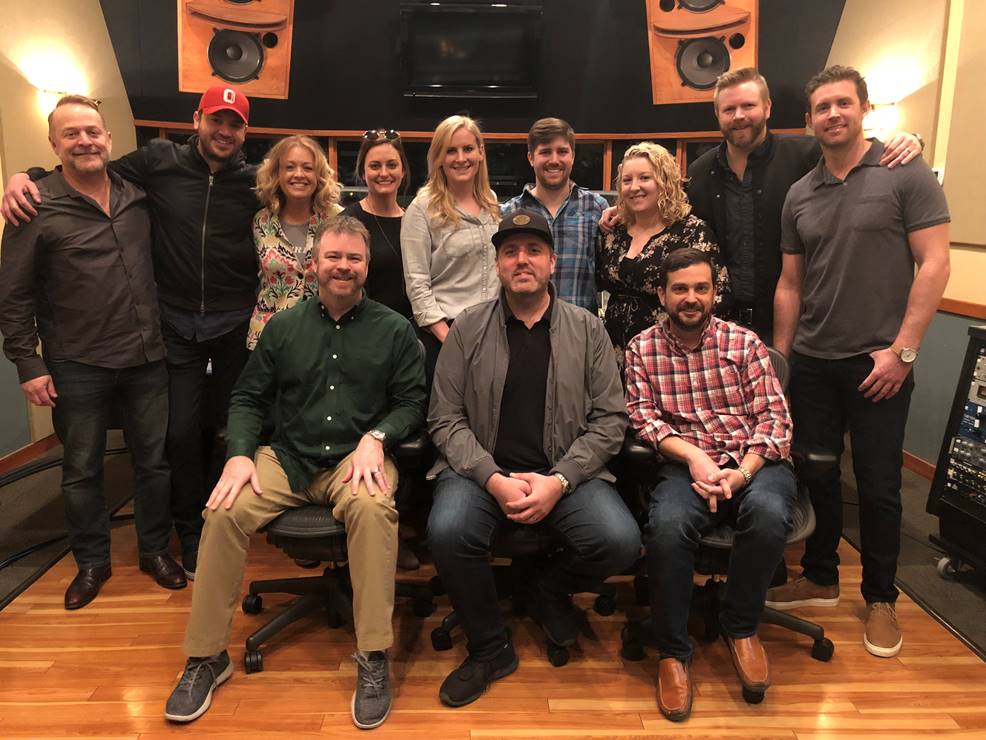 busbee has signed a worldwide publishing agreement with Warner/Chappell Music. The writer and producer known for his genre-bending talents has collaborated with a broad range of artists, including Shakira, Usher, Lady Antebellum, Jon Bellion, Blake Shelton, Timbaland, 5 Seconds of Summer, Keith Urban, and Jason Aldean, among others. He was previously signed to BMG.

“busbee is a visionary whose experimental approach to songwriting will fit in perfectly at Warner/Chappell, ” said Jon Platt, CEO of Warner/Chappell Music. “With the support of Katy Wolaver, Ben Vaughn, and our entire global team I’m confident that he will push boundaries and deliver global hits across a mix of genres.”

In 2017, busbee received a BMI Song of the Year award for co-writing Florida Georgia Line’s No. 1 hit, “H.O.L.Y.” He also co-produced Grammy-winning artist Maren Morris’ breakthrough album, Hero, and co-wrote her first two hit singles, “My Church” and “80s Mercedes.” busbee also co-wrote Carrie Underwood’s “The Fighter” with Keith Urban which he won an ACM Award for last month, and produced Lady Antebellum’s 2017 Grammy-nominated album, Heart Break, co-writing six songs, including the hit single, “You Look Good.” Additionally, busbee produced and contributed to songs on the breakout albums from emerging country stars Lauren Alaina (Road Less Traveled) and Carly Pearce (Every Little Thing), having written Pearce’s breakout single of the same name, which made her the only female to debut at No. 1 on Billboard’s Country Airplay chart in 2017.

He also co-wrote and co-produced Rachel Platten’s “Collide”; co-wrote and produced P!nk’s “Wild Hearts Can’t Be Broken” and co-produced Gwen Stefani’s recent holiday album, You Make It Feel Like Christmas, co-writing all six of the original songs. Other notable busbee hits include “Try” by P!nk, “Dark Side” by Kelly Clarkson, and numerous other top ten singles. His recent collaborations include Jon Bellion, Justin Tranter, James Arthur, Lady Antebellum, Missio, and Maren Morris for her forthcoming project.

“Warner/Chappell feels like home. From my early meetings with the creative teams in L.A. and Nashville to my interactions with executives at every level, I can confidently say it is not only the best fit for me as a creative but it’s also the best place to grow my business,” said busbee. Adding, “They have the reach, wisdom and integrity to elevate careers within all viable markets – it’s no surprise they continue to be the premier publisher in the world, year after year. I’m honored to be partnering with Warner/Chappell.” 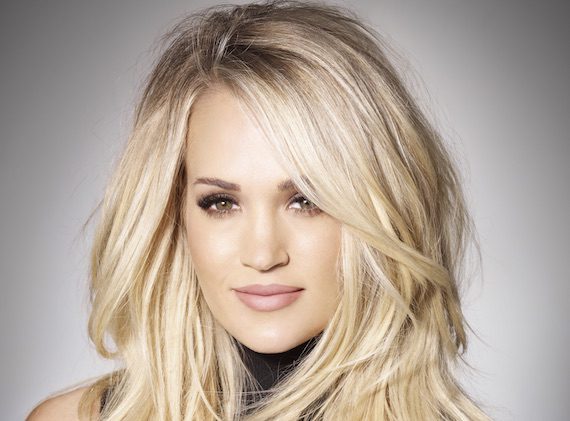 Carrie Underwood will return to American Idol as a superstar guest mentor on Sunday, May 13 (airing live on ABC 8:00 PM Eastern/7:00 PM Central/5:00 PM Pacific). Her appearance was announced during Idol’s live show on Sunday, May 6, along with a worldwide exclusive look at her new music video for the lead single and title track from her forthcoming album, Cry Pretty.

Underwood, who won American Idol in 2005, will welcome the top five contestants (Gabby Barrett, Cade Foehner, Caleb Lee Hutchinson, Maddie Poppe, and Michael J. Woodard) to Nashville for a mentoring session. The contestants will perform songs from Underwood’s catalog of hits on next week’s (May 13) show. Underwood will also perform her new single, “Cry Pretty.”

The superstar’s upcoming album by the same title, her first project for Capitol Records Nashville, will release Sept. 14.

Warner Music Group has sold 75 percent of its shares in Spotify, for an estimated $400 million. WMG CEO Stephen Cooper stated that $300 million would go to shareholders, noting the company will share equity proceeds with distributed labels if that stipulation is included in their agreements.

Cooper also emphasized that Warner Music Group has full confidence in Spotify. “Just so there won’t be any misinterpretation about the rationale for our decision to sell, let me be clear: We’re a music company, and not, by our nature, long-term holders of publicly traded equity,” he said. “This sale has nothing to do with our view of Spotify’s future. We’re hugely optimistic about the growth of subscription streaming, we know it has only just begun to fulfill its potential for global scale. We fully expect Spotify to continue to play a major role in that growth.”

The move follows a similar strategy from Sony Music earlier this year, when the company sold 17.2 percent of its Spotify shares, earning upwards of $260 million. 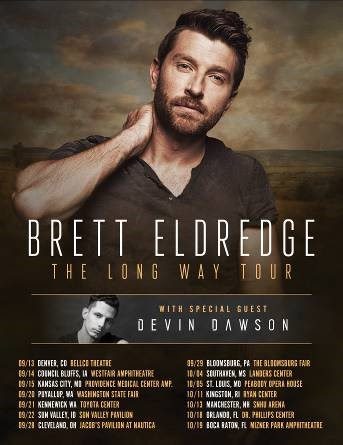 Brett Eldredge has announced a Fall 2018 leg of his headlining The Long Way Tour. The leg will kick off Sept. 13 in Denver and hit 14 cities including Kansas City, Orlando, and St. Louis with labelmate Devin Dawson as special guest.

The tour’s initial Spring leg was a success, wrapping last weekend (May 5) at New York City’s Hammerstein Ballroom, and tickets for the Fall shows go on sale May 11.

Eldredge’s most recent single, and namesake for the tour, “The Long Way” racked up nearly 30 million streams. 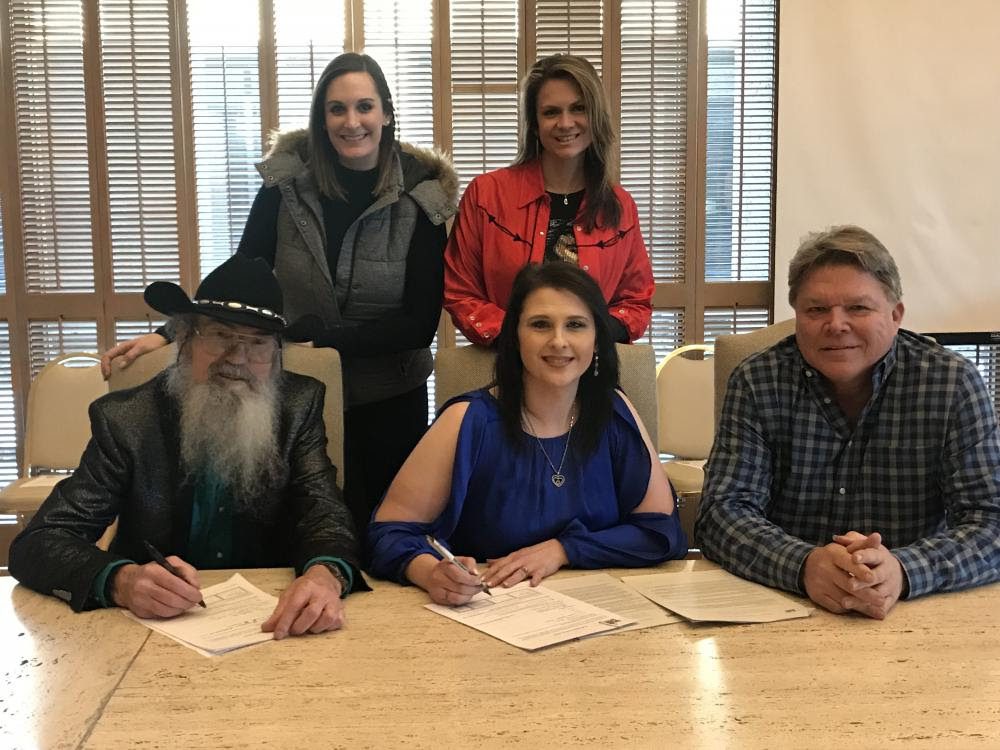 Uncle Si & The Sicotics recently signed up for performing rights representation, booking, and membership with BMI, Kinkead Entertainment, and the Country Music Association in Nashville, respectively.

Uncle Si Robertson, the Duck Dynasty patriarch and namesake of the trio, and his creative partners — daughter-in-law Marsha Robertson and singer-songwriter Bridgette Tatum (co-writer behind Jason Aldean’s “She’s Country”) were in Nashville to solidify the team supporting the rise of the band and their debut, self-titled release on Cold River Records. 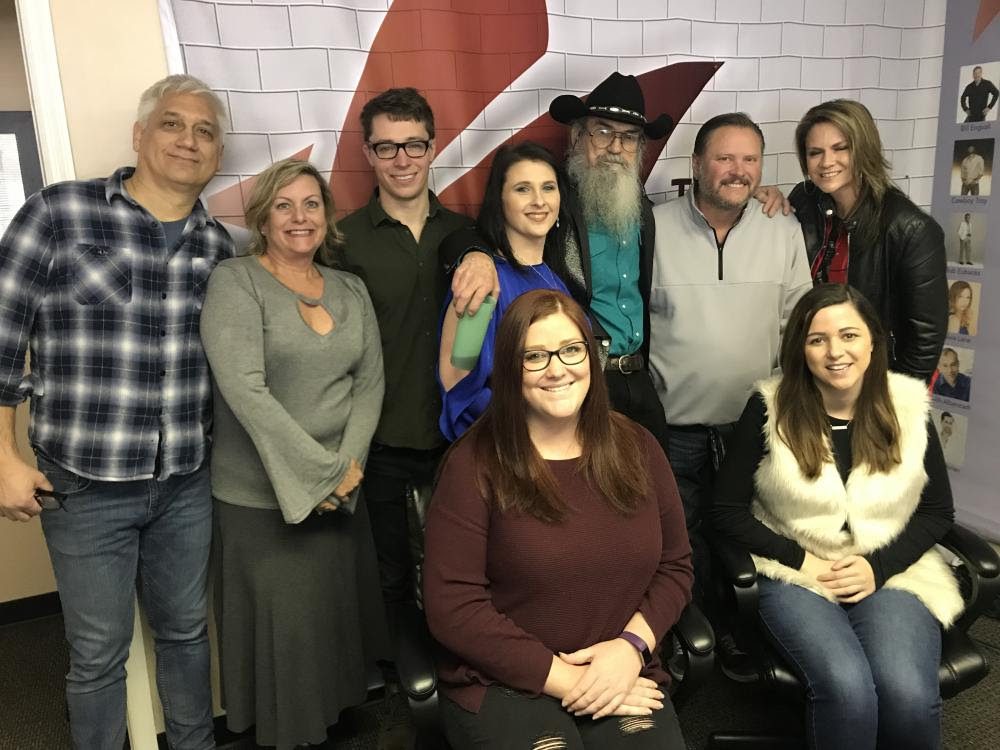 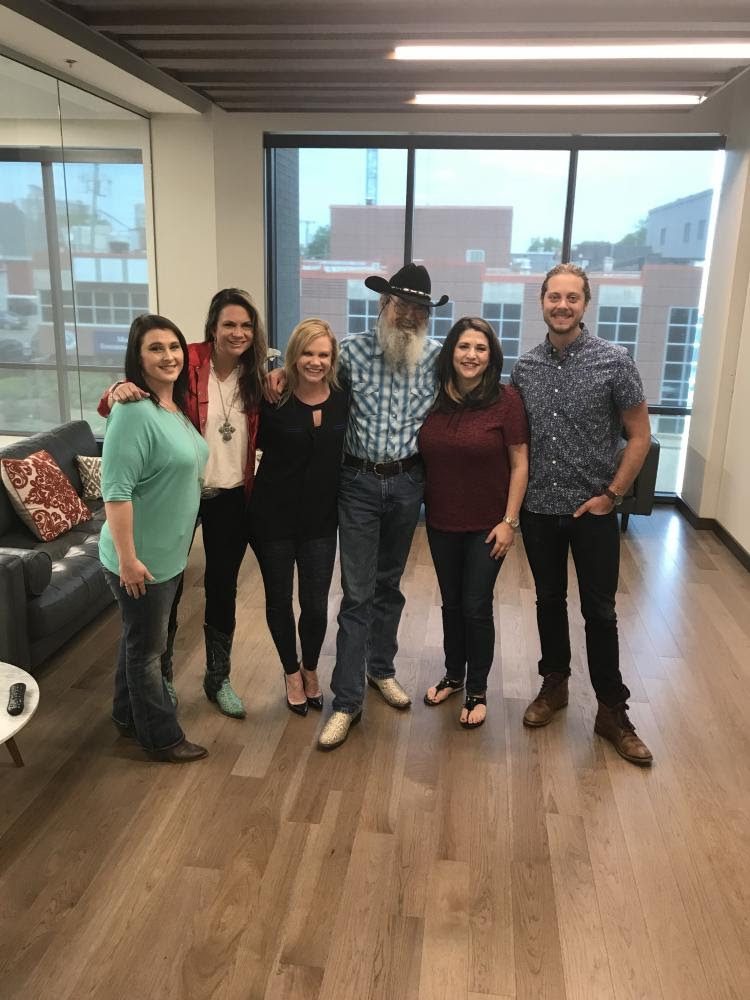 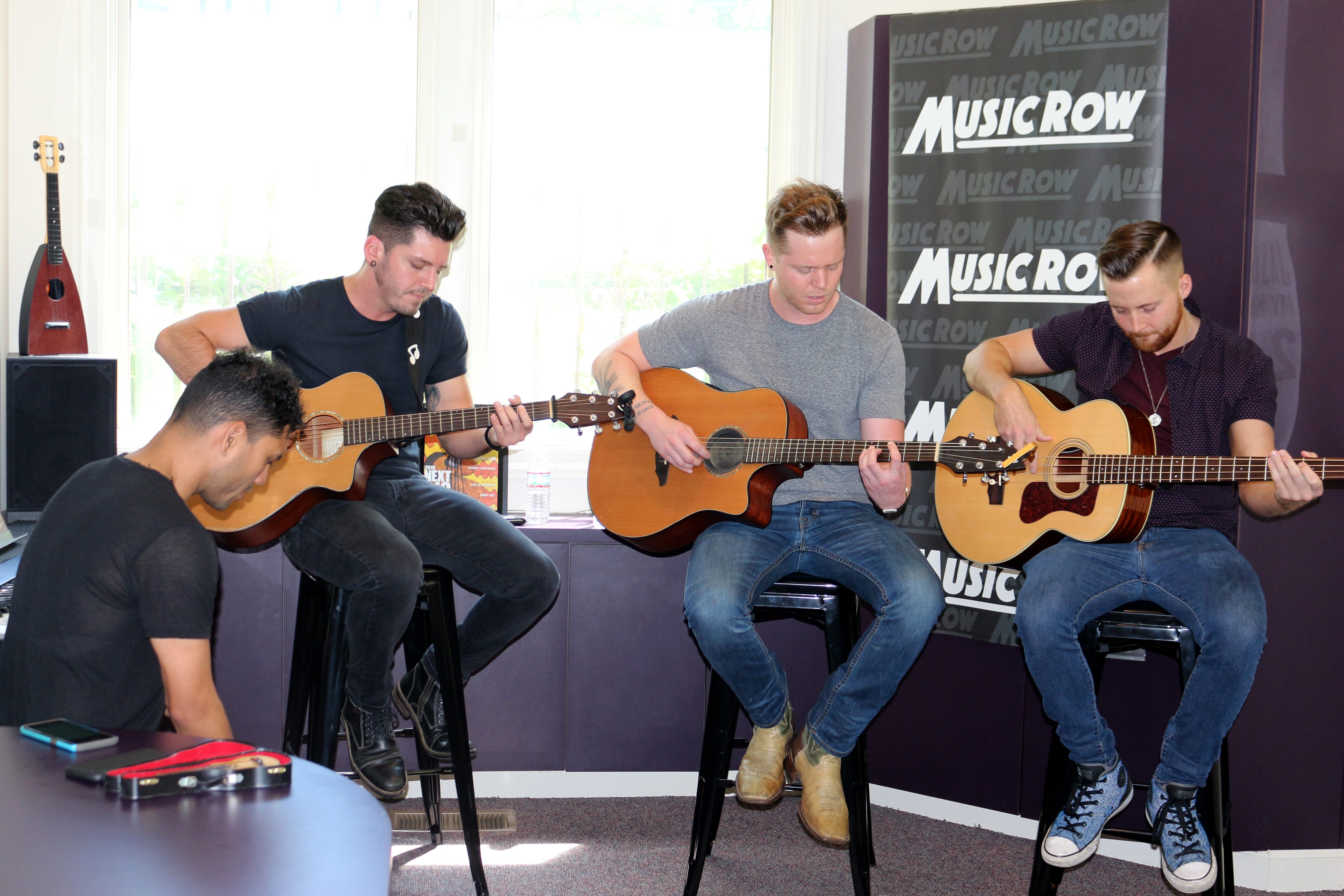 Newcomers Radio Romance, who recently inked a label deal with BMLG imprint Nash Next Records, stopped by the MusicRow offices to  perform songs from their upcoming project. The group were the winners of the latest NASH Next Challenge competition.

Their debut single “Weekend” is at country radio, and the group will perform at CMA Fest’s Breakout Stage on June 7. 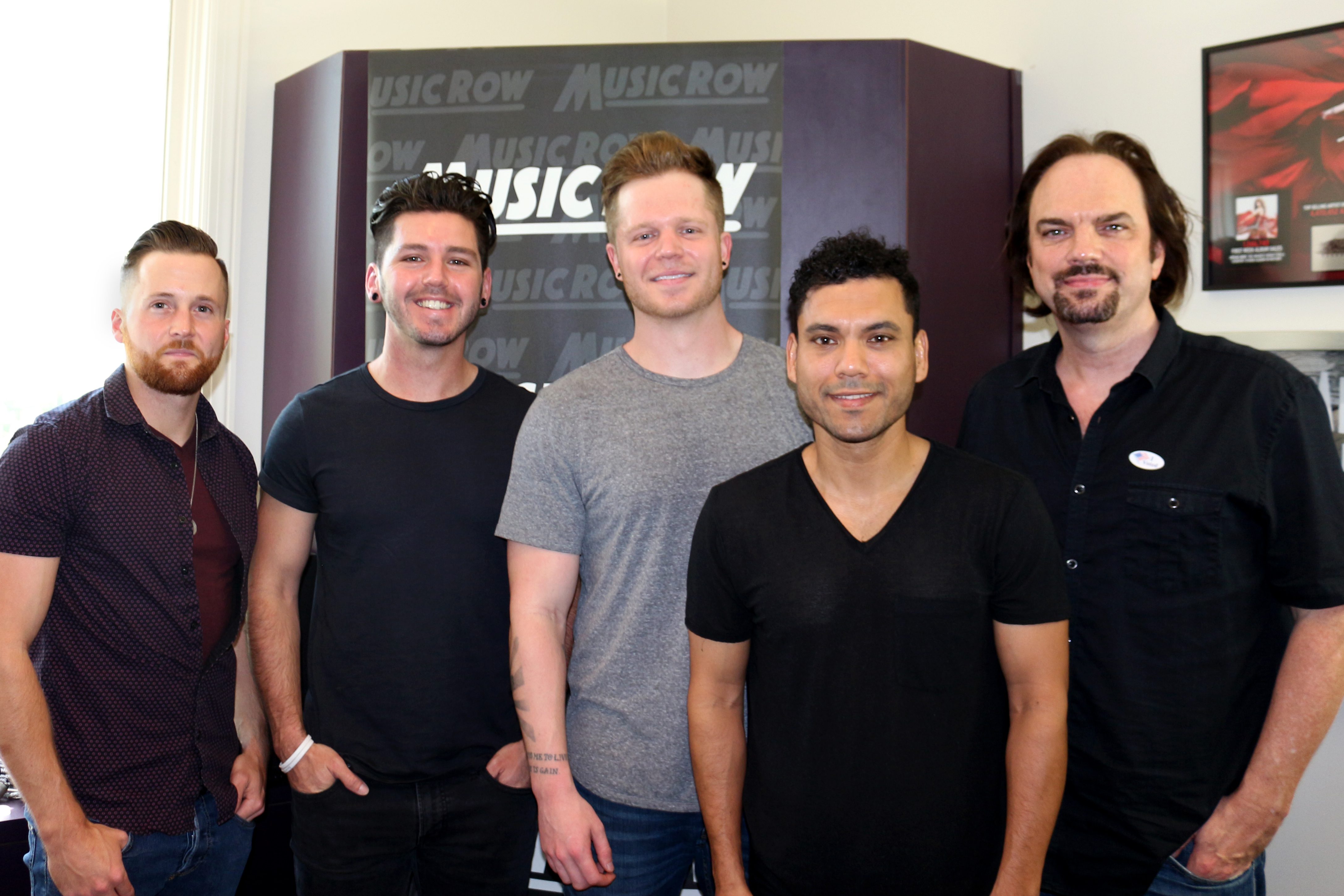 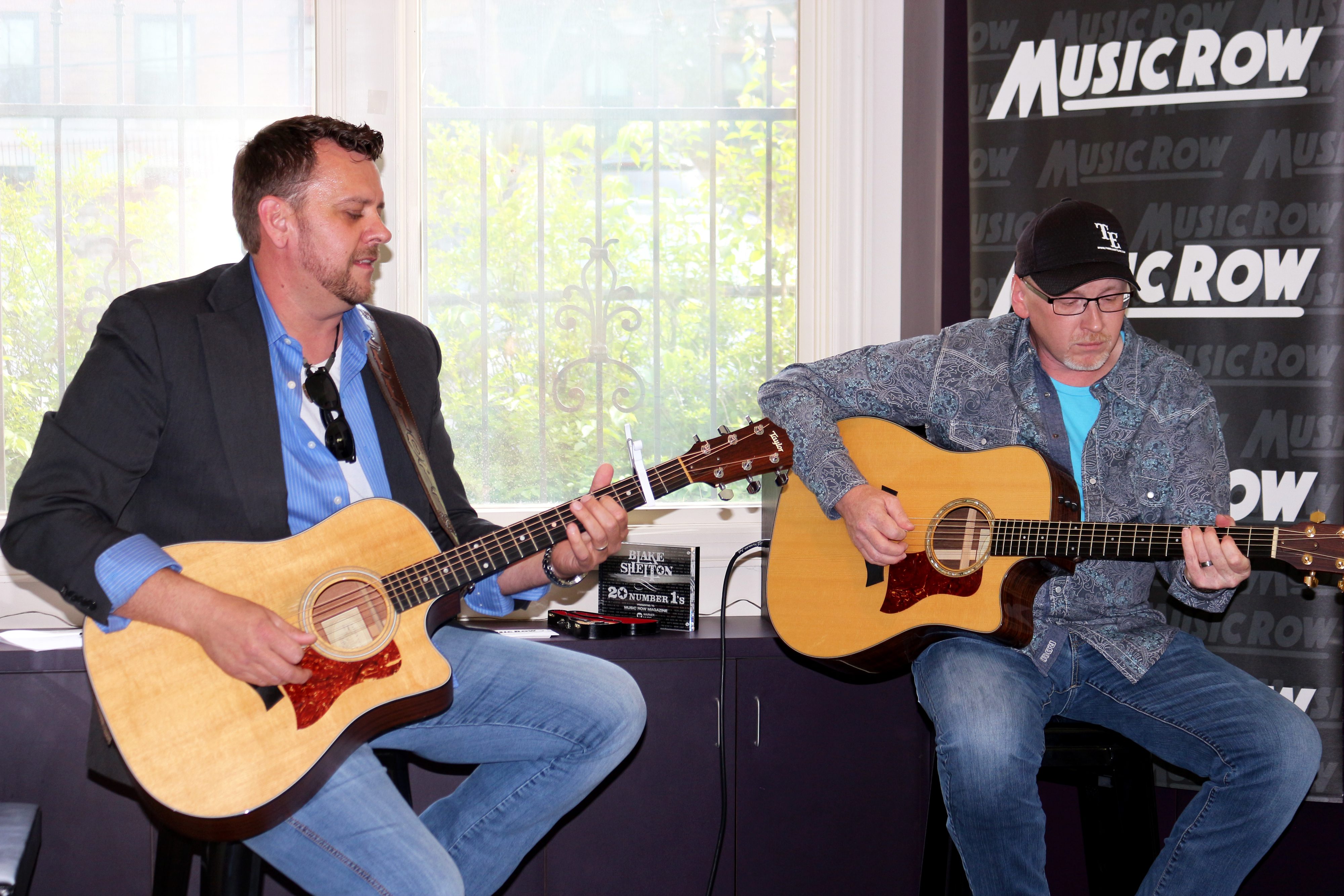 Tim Elliott recently visited the MusicRow offices to perform songs including his new single “I Got You,” as well as “Get Down South,” which extols the virtues of small town living, as well as “Start Pouring Whiskey On It.” 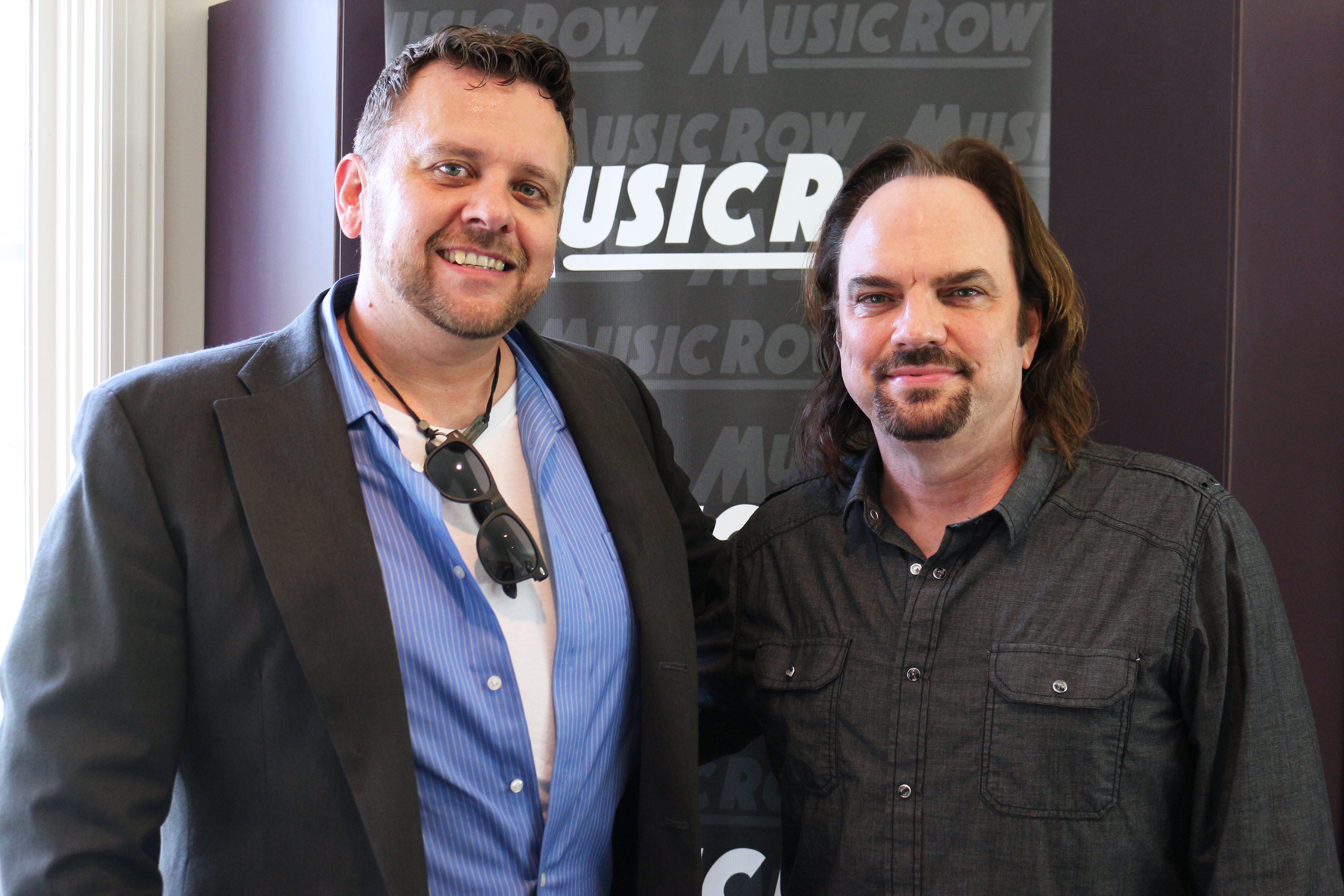 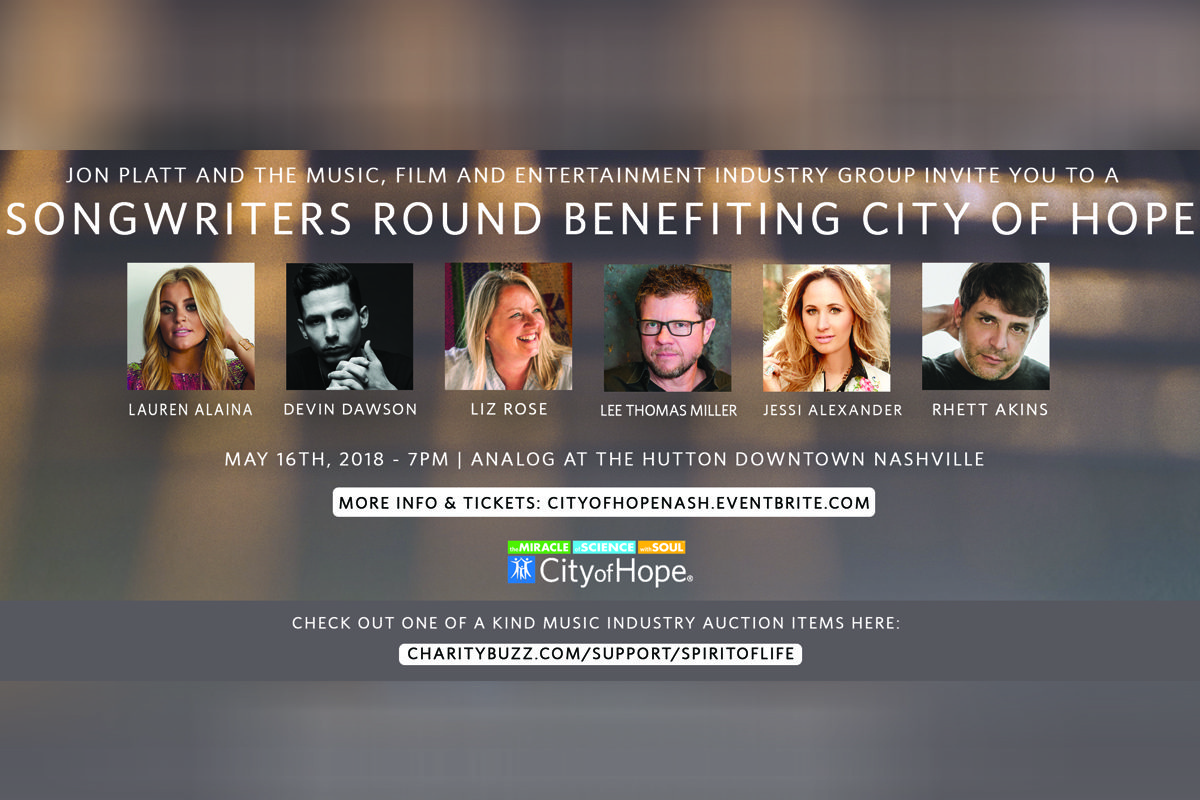 Warner/Chappell Music CEO Jon Platt, along with the Music, Film, and Entertainment Industry Group, will present a songwriters round to benefit City of Hope on May 16, to raise funds for the independent research and treatment center for cancer, diabetes and other diseases.

General admission is $30 and starts at 7 p.m., with a VIP meet-and-greet at 6 p.m. (for $60) including meet and greet, early entry, and guaranteed seating on main floor.

City of Hope recently announced that Platt is this year’s 2018 Spirit of Life Award recipient, one the most prestigious philanthropic honors in the music industry. Each year, the organization recognizes a leader whose work has fundamentally impacted music, film or entertainment, having been given to such noted figures as Mo Ostin, Clive Davis, Quincy Jones, Frances W. Preston, Shelli and Irving Azoff, Edgar Bronfman Jr., Doug Morris and Sir Lucian Grainge.

Platt will be presented with the award at a black-tie gala dinner to be held on Oct. 11 in Los Angeles. 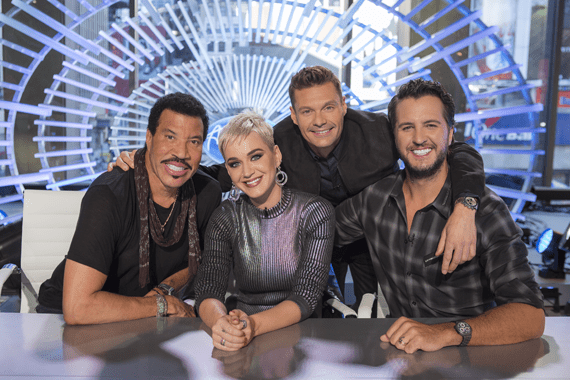 American Idol has been renewed for a second season at ABC, which will mark the musical reality competition’s overall 17th season, including 15 seasons on Fox. 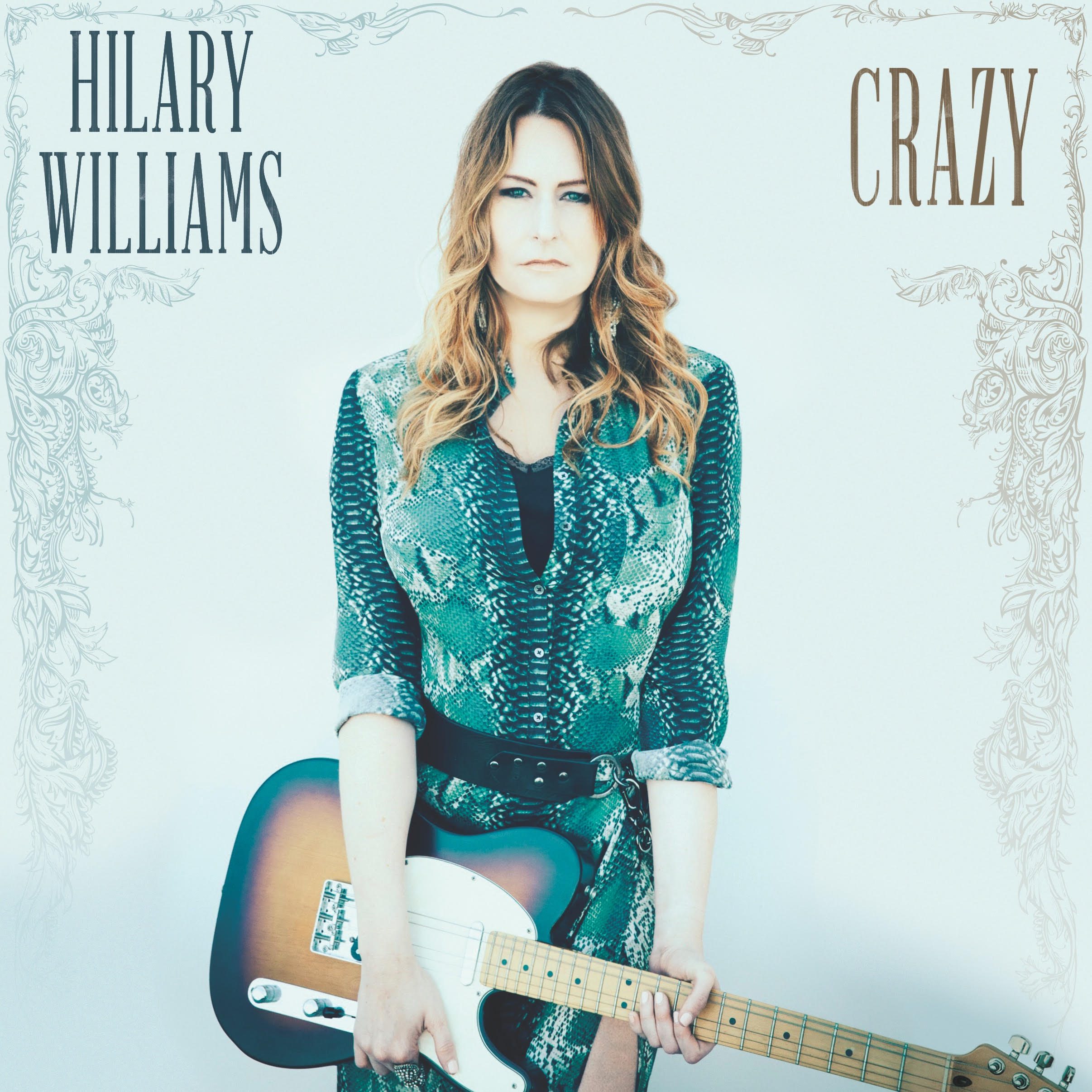 Perhaps no family in country music has produced as many solid musicians as the Williams family, beginning with the legacy of Hank Williams, Sr.’s mournful classics, followed by his son Hank Williams, Jr.’s rollicking country-soul, as well as music from Sr.’s daughter Jett Williams, and Hank Jr.’s children Hank III, Holly Williams, and now, Hilary Williams.

Produced by Williams along with John Would and  Parish and coming out May 25, My Lucky Scars is inspired by Williams’ 2006 near-death accident and follows her journey in overcoming that harrowing experience.

“This album is very personal for me,” said Williams. “I have been working on it for awhile and it was incredible to see my vision come to life throughout the process.”