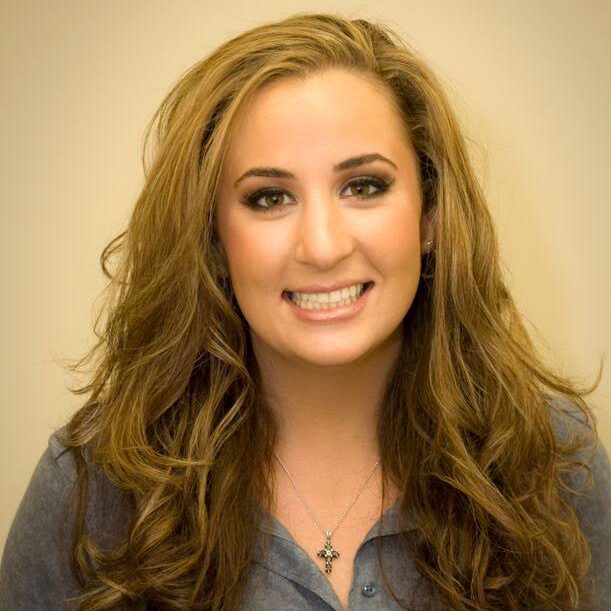 Marbaloo Founder/CEO Faithe Dillman was recently announced as one of this year’s MusicRow Rising Women On The Row honorees. MusicRow will feature Q&As with each of this year’s six honorees leading up to the event. MusicRow’s Rising Women on the Row for 2018 also includes Leslie DiPiero, Lynn Oliver-Cline, Annie Ortmeier, Becky Gardenhire, and Janet Weir.

MusicRow caught up with Dillman to discuss her music industry career and advice she has for industry newcomers.

MusicRow: Marbaloo has expanded a great deal since you formed it eight years ago. How many staffers do you have now and what recent achievements are you most proud of at the company?

Faithe Dillman: We have 40 employees right now, and we have an office here in Nashville and an office in L.A. as well. I feel like my staff pulls off miracles every day. I consider our greatest achievements the longstanding relationships we have with our artists and being with them through a series of accomplishments, like we worked with Kelsea Ballerini before she even had management, and to be with her through all these number ones and moving into her second album now, just that relationship is pretty special. And Kerri Edwards and her team, we’ve worked with them on Cole Swindell and again, just how many albums we’ve been through with him and the longevity of our relationships with our clients, our loyalty to them, their loyalty to us. And I’m most proud of our ability also to work with great new talent and break new talent. Last year it was Kelsea, this year it is Carly Pearce, and we get very excited to be part of those breaking moments with artists and helping to facilitate that.

I think we will have a breakthough moment with Ryan Griffin next year, and we are excited to working with Russell Dickerson too, because I really enjoy working with artists who have an independent spirit, and drive, the little engine that could, and we like to be a part of those little engines and making them into big engines.

How do you envision the company continuing to grow and develop into the future?
I’m more a long game type of gal – keeping clients for a long time and being a part of ingratiating ourself into the Nashville community and being a go to for solutions or help getting a project to the next level are always goals. I met Carly Pearce on the bus on the way to Whiskey Jam in 2012, and I was doing social media for Whiskey Jam and she was playing it, and that’s when our story started, and it’s been a really exciting and beautiful two years with her. And it’s kind of a full circle moment for both of us — we had four or five people back then, and now to have 40 employees, and she was on a whole different record label and now to be at her No. 1 party this week it was kind of crazy, but that is the part of Nashville that I just love! And I know Nashville will be my permanent home. I loved L.A., and was there for a very long time and it’s where I certainly learned so much. I worked Gaga for years and years before she was ever even on the radio, and I can remember radio people saying dance music would never be on Top 40 radio! Which now it’s hilarious because isn’t that all that is on Top 40 radio now is tons of dance music?

I can remember Jimmy Iovine at Interscope telling us to stick with it and that this was talent, this was real, this was authentic, this was different, and to make it work and find ways to get her music to people, and we’ve carried that heritage on here at Marbaloo and we brought it to the country genre.

I’ve never had a five year plan – I’m somebody who as doors open I just walk through them, but we are venturing into sports, so that’s a new area that we are all excited about and a focus for us going forward. We had an opportunity with a door open so we’re gonna walk through it slowly but intentionally with the sports world. And because we have four different companies I think just continuing to get exposure for our agency – we have an agency that does beautiful work and making sure that more people see and know about what they do is a goal too. We knew our special sauce was gonna be working with brands who either had artists or celebrities as investors or working with talent and musicians who have a vision for a product. We knew that our sweet spot was gonna be with those types of combinations, so the clients we continue to add to that roster are our focus is in that space.

We also want to keep breaking acts…we love our established acts, or medium acts, but I have a passion for the hard stuff – I love, love helping people’s dreams come true and I really hope we continue to be a part of that story for people. We want to help break talent, we want to help the world see talent they haven’t gotten to know yet or help the industry pay attention to people who are really amazing and I hope we continue to build a reputation for doing that and being that resource.

What has been one of your biggest career challenges that you’ve had to face and overcome?
There have been so many. I feel like where I’ve gotten is because of where I’ve failed at. I’m painfully critical so let’s see. I’m a very young female in this business — I dropped out of college at 19 to work full time for Geffen Records for the CEO, who now is in Nashville actually. So music is the only education I’ve ever gotten. I think working at Interscope under Jimmy Iovine is its own version of Harvard, but I’ve been very young to be in the executive circle I’ve been in for a long time. So being a young female and also being a single mom — I would say trying to balance work with trying to be the most amazing mom I can be and also teach my beautiful son how amazing and strong and capable women are. And we have an environment here at Marbaloo where families are welcome and comfortable, and if mom can’t make it to preschool that day we’ve got a whole closet full of toys and things for their office and they can put on Daniel Tiger for a few hours. But I would say becoming a single mom in the middle of all of this was probably a big challenge and big shift, but I have such an amazing staff who really make the company what it is — they really do, and we all carry each other during those times.

And the number one thing about country music that was really painful to me to learn was how long we work one song on one chart! That is just so crazy to me! We worked the Scotty McCreery for 53 weeks — I mean I’ve had songs on the charts that long before, but it wasn’t the only one…there would be three or four songs on other charts, so learning how to tell the story of that song and the artist for 53 weeks on the country charts I would say that is the biggest professional thing that we’ve all had to adapt to. It’s just strange to move from Top 40 to that and we’ve really figured out how to tell that single story one million different ways. (laughs)

What changes have you seen in the marketing and social media world over the last decade that have really changed the game for you and how you do things?
Everything changes every quarter it feels like. The most major shift is the addition of live time functionality on apps that previously didn’t or on apps that are completely focused on live time for example Instagram stories, Facebook stories, Snapchat as a whole… ’cause we can’t do those posts for artists right? We’ve either gotta be with them in person or we’ve gotta train them how to do it or train them on the functionality. And fans love it, they love getting that real connection of this is happening now – like Brett Eldredge will pop on Facebook or Instagram live while he’s taking a bubble bath, and of course girls love that. And we wanted to do that but that is a huge shift now because now we have to teach the artists, some who are older, how to utilize that functionality because they are used to saying “Well can’t you just do this for me?” And it’s like, unless you want me to come to your kitchen on Saturday and show you making breakfast – I don’t think that’s what you want. But I will!

What advice would you offer young women getting into the business today?
Ask questions when you don’t know. Ask questions instead of making assumptions — I think that’s a big mistake that I see a lot of young folks making, so asking questions is important. Also we also have a saying here that we go the extra inch here every day in every way. That’s kind of our motto, and if you go the extra inch in every way every day when you do everything a little bit better than everyone else, or if you push yourself to do it just a little better than you wanted to or you think five more minutes about an idea than you had originally planned to, then year over year over year you end up miles ahead of the competition. So I think that sums up a lot – go the extra inch always, push yourself, push those around you and buckle up, it’s a crazy ride isn’t it? It’s a good life, it’s a beautiful industry, and the Nashville community is unlike anything else and I really am honored to be a part of Rising Women this year. I think it’s almost more special to me than anyone else just because I had a career in L.A. for so long before I came here and being from Ohio and loving and growing up on country music and wanting to be accepted by the Music Row community has been a lifelong dream and goal of mine, and this really does satisfy that for me. My parents will be there because I told them this is probably the closest to a college graduation they’re ever gonna get, so (laughs).