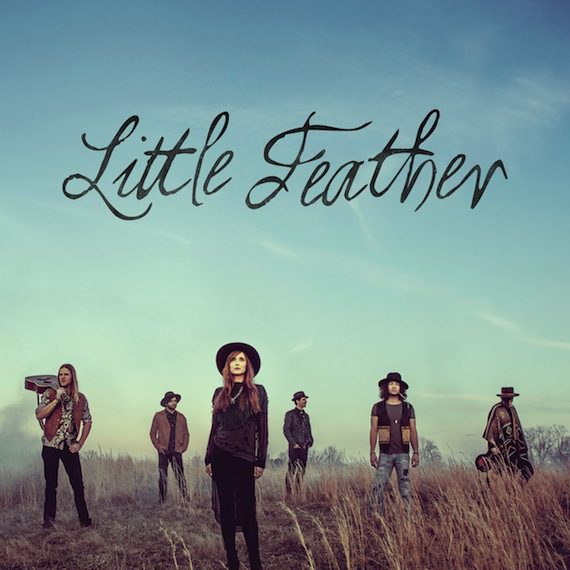 The acoustic-driven band is fronted by Sharpe, a coal miner’s daughter from Pikeville, Kentucky, who has lent her harmonies to acts as diverse as Holly Williams and Michael Bolton. Sharpe penned a song titled “Float Along, Little Feather,” and upon careful listening she knew she was onto a sound she wanted to explore deeper. She and her husband, Aaron Spraggs (drums), approached Dylan Rowe (bass player), Sam Brooker (rhythm guitar and harmony), Shannon Campbell (guitar, mandolin, banjo, harmony and Glen Campbell’s son), and Pat Boyer (guitar and slide), and Little Feather was born.

The band has already made waves on social media with their innovative “Drive-Thru Concert” series on Facebook and YouTube. They literally pile into a van, order a meal, and then pick and sing their way to the drive-thru window causing impromptu reactions by employees who can’t help but start dancing and singing along with them. The videos have already amassed nearly two million views and have received a Silver Telly Award in the Music Video category at the 38th Annual Telly Awards honoring the best in film and video.

“Words can’t express how happy my band and I are to share our music with the world,” says Sharpe. “The music has been incubating for awhile now, but Little Feather is getting ready to fly!” 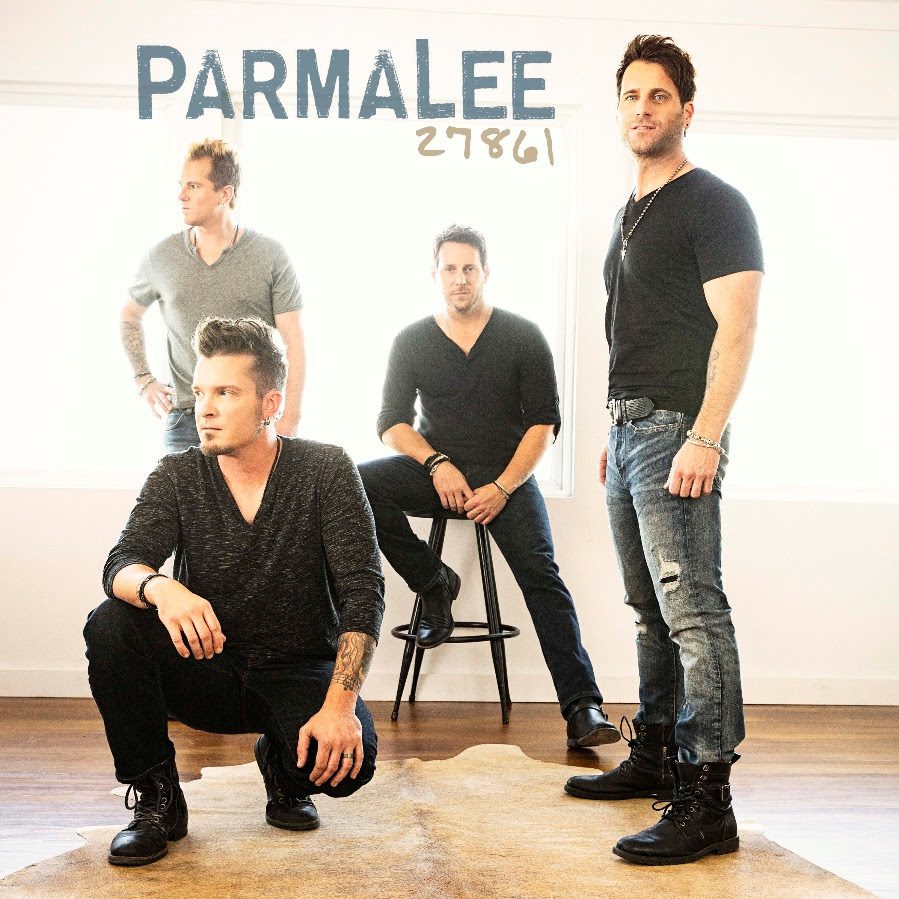 Parmalee gives another nod to their hometown with their long-awaited upcoming sophomore release, 27861, which is the zip code of its hometown of Parmele, North Carolina. The new project is set for release July 21 on Stoney Creek Records, and features their current single, “Sunday Morning.”

Featuring summer-ready heartland tracks like “American Nights,” “Back In The Game,” and “Like a Photograph,” lead singer Matt Thomas co-wrote nine of the album’s twelve tracks. The project also includes cuts by busbee, Hillary Lindsey, and Ross Copperman, Craig Wiseman, Tom Douglas, Jim Beavers, and the late Andrew Dorff among many others. 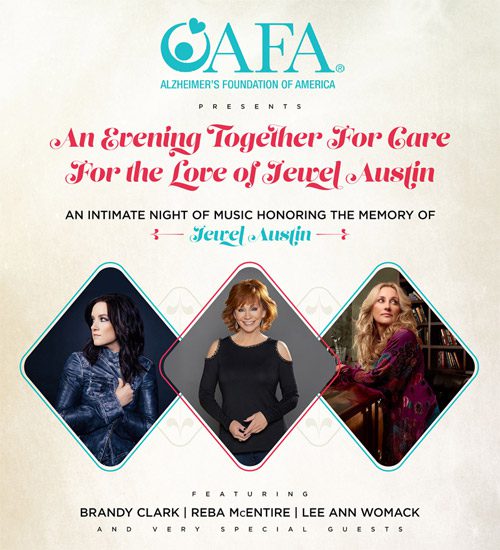 Reba, Lee Ann Womack and Brandy Clark will team for a three hour concert to benefit the Alzheimer’s Foundation of America (AFA) at City Winery in Nashville on July 12.

Other country music artists will appear as special guests for the 7 p.m. event, which is put on in honor of Jewel Austin, late grandmother of Warner Nashville’s Shane Tarlton. 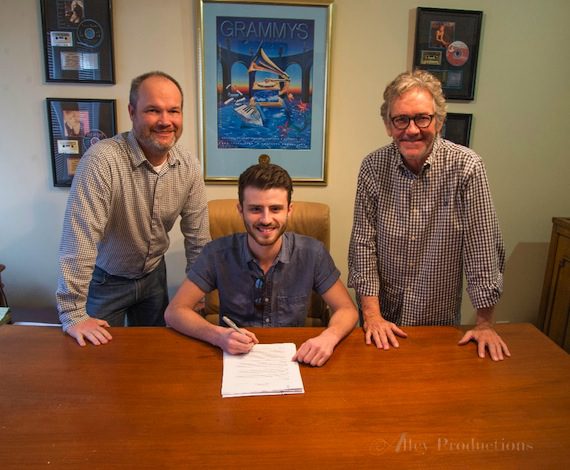 A native of Knoxville, TN, James began his music career playing guitar at age 10, and by 13 was playing live, opening for acts like Kenny Chesney, The Band Perry and the Eli Young Band. James appeared on Season 4 of NBC’s “The Voice,” and was ranked in Guitar Center’s Brotherhood of The Guitar Top 20 Guitar Players under 21. He moved to Nashville in 2014 to pursue a career in songwriting and production.

“Greylan is at home with our staff of writers. His talents bring out the best within our team,” says Dreamlined owner Keith Stegall. 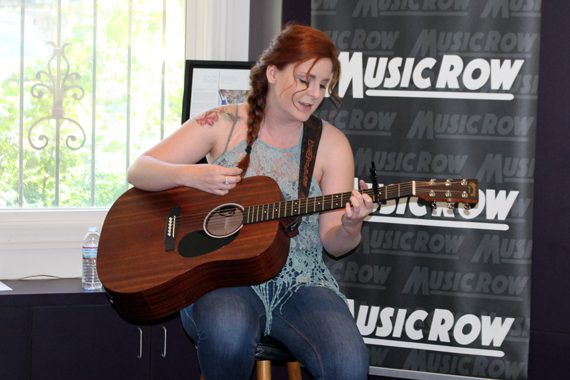 “My car is my house right now,” she jokes.

Rae stopped by the MusicRow office to perform tracks from her current album, Come Find Me. The singer-songwriter wrote or co-wrote seven of the album’s 15 tracks. The album also features the work of writers including Lindsay Ell, Jaida Dreyer, Chad Jeffers, Jason Eustice and Brian White. Her years of vocal training shine in her controlled, commanding alto on tracks like “Bitter” and “Come Find Me.” 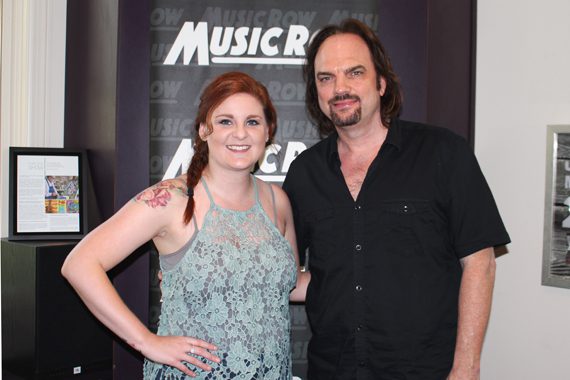 “I Need Me,” the second release from the album, anchors the album, serving as a musical homage to finding strength and self-worth from within. Rae was the sole writer on the song, which she penned five years ago, during a time when she says she “felt trapped and limited in my career.”

Each time she takes the stage, Rae says she feels how audiences have quickly taken to the strength and vulnerability in the song.

“One time, I was singing this and a woman ran out crying. She came back and said after hearing the song, that she knew what she needed to do in her life. Music and art has a way of doing more than you can imagine.” 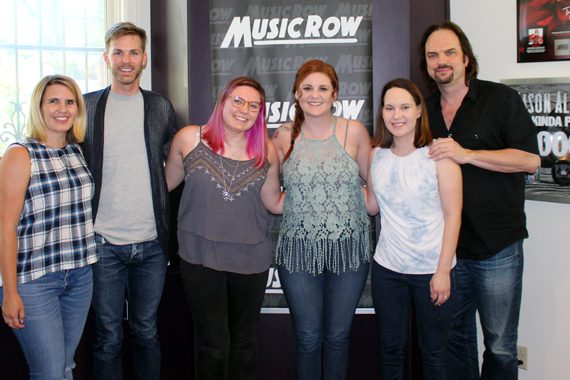 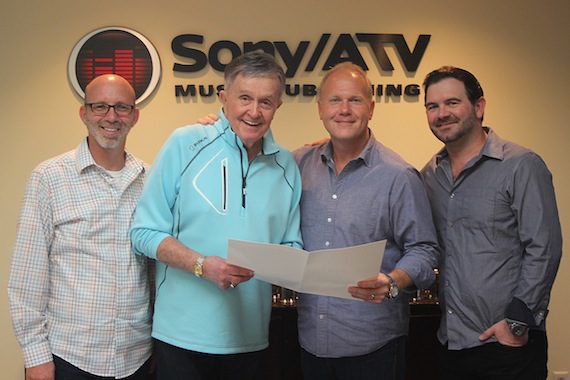 Country Music Hall Of Famer Bill Anderson has renewed his contract with Sony/ATV Music Publishing for the twelfth consecutive year, continuing his decade-long partnership with the publisher.

The six-time Songwriter of the Year winner first signed with Tree international, now owned by Sony, back in 1958. Since then, Anderson has created chart-topping hits like “Whiskey Lullaby,” (Brad Paisley/Alison Krauss), “A Lot Of Things Different,” (Kenny Chesney), “Give It Away,” (George Strait), and “Country,” (Mo Pitney) among others.

“I love being part of the Sony-ATV family. I have copyrights there dating as far back as 1958, and hope to put lots more there before I’m through. I’m glad they’re going to let me hang around for another year,” said Anderson.

Anderson continues to land cuts on albums and most recently teamed with Brad Paisley to co-write “Dying To See Her” for Paisley’s Love And War album which was released in April. He also released his official autobiography, Whisperin’ Bill Anderson: An Unprecedented Life in Country Music this year, and continues to tour and perform regularly at The Grand Ole Opry as a 55-year Opry member. 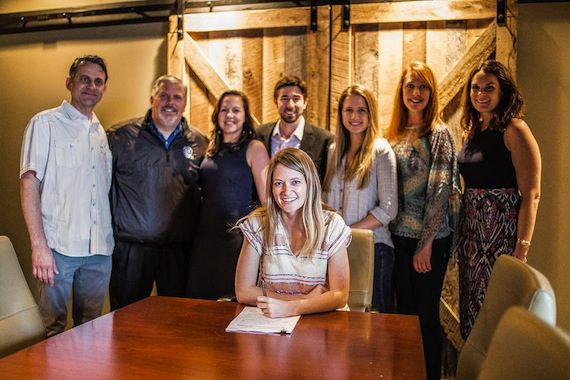 The Poway, California native was chosen in 2016 by Miranda Lambert as the first recipient of the Miranda Lambert Women Creators Fund, awarding a female singer/songwriter a scholarship to attend Belmont University. Vaus is a seasoned performer who has opened for acts like Hunter Hayes and regularly performs at venues around Nashville, including the Bluebird Café.

“I knew immediately I had to invite her over to Black River and hear more songs,” said VP of Publishing Dave Pacula. “That meeting led to co-writes and then a songwriting internship, and now we are thrilled to officially welcome Anna to the Black River family! Her songs draw you in and make you feel like you’ve been told the truth in the most interesting way possible, and we can’t wait for everybody to fall in love with them the way we have.”

“I’m already so grateful that I get to write songs every day, but to get to do that surrounded by the team of people at Black River, is just so dang exciting!” said Vaus. 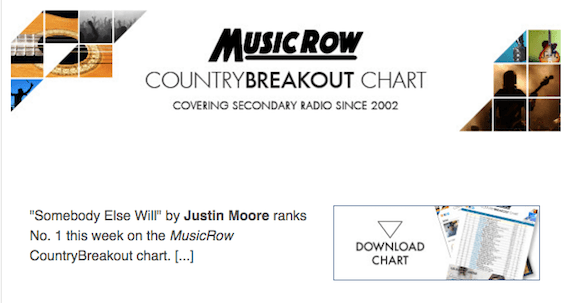 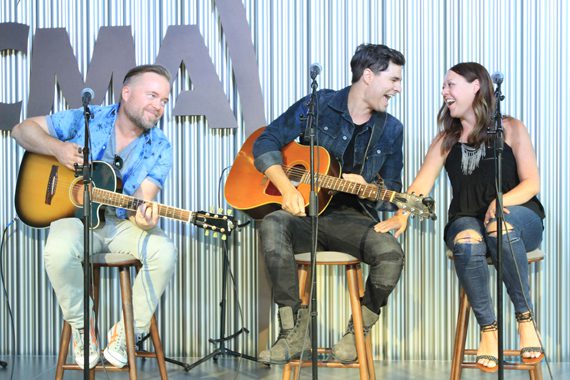 MusicRow held it’s 29th annual MusicRow Awards on Wednesday (June 28). The event was hosted for the first time by SESAC and held in the CMA event space. Anderson Benson partnered with MusicRow again this year to sponsor the event.

The awards honored eleven All-Star Musicians who played on the most Billboard Top 10 album credits over the past 12 months in addition to the reader-voted Breakthrough Artist, Artist-Writer and Songwriter, and Producer and Song of the Year.

For a full overview of the event, read Bobby Karl’s recap here. 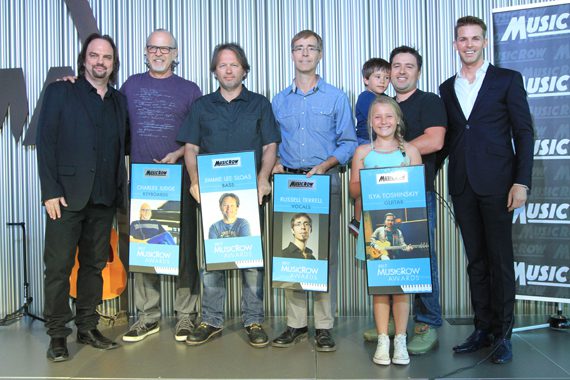 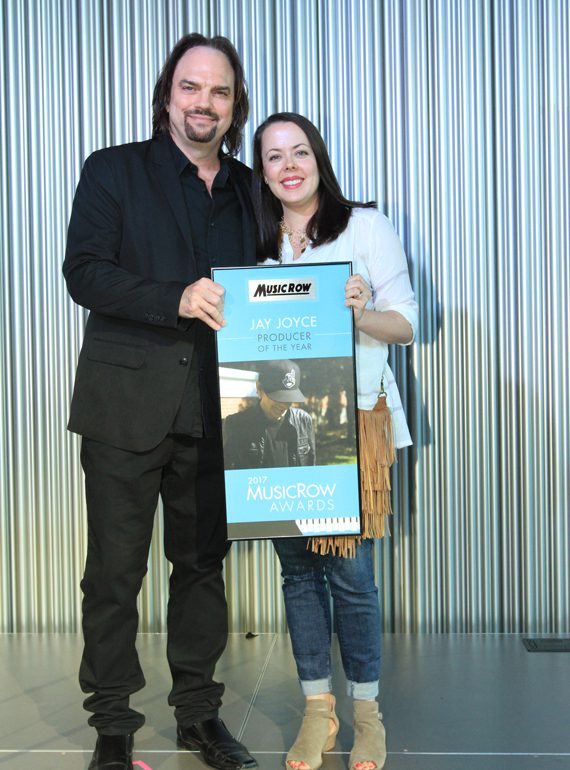 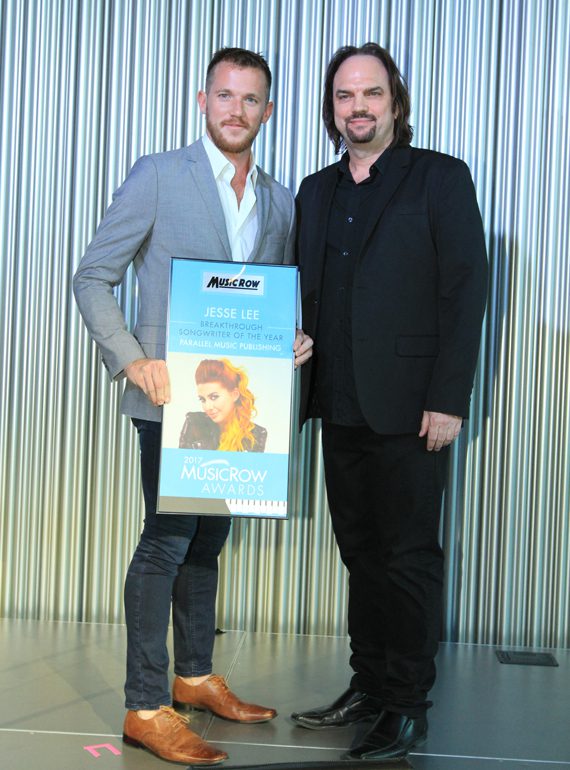 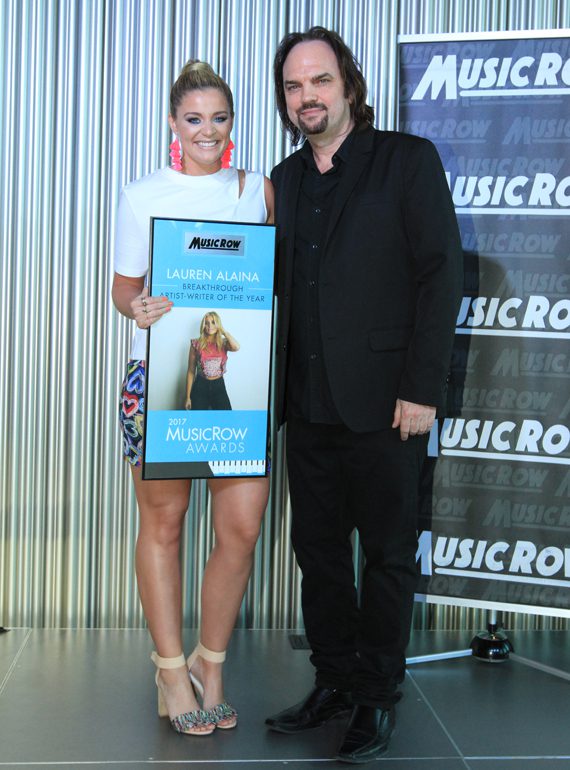 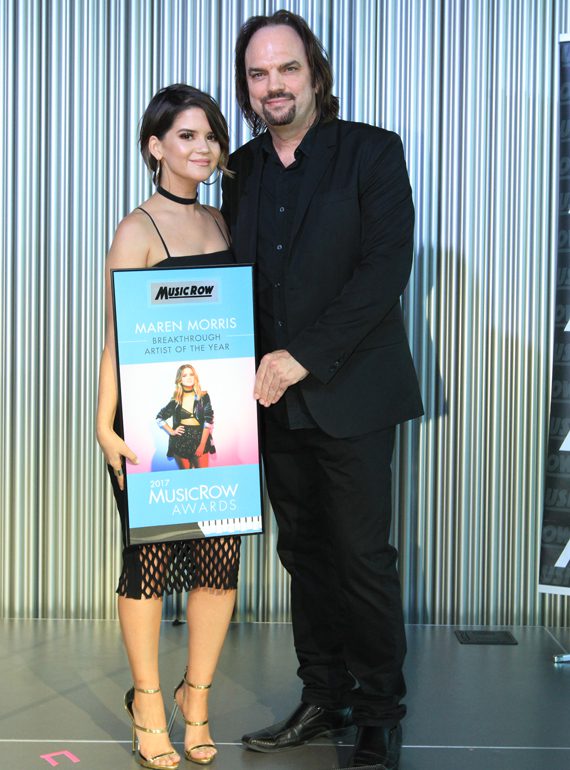 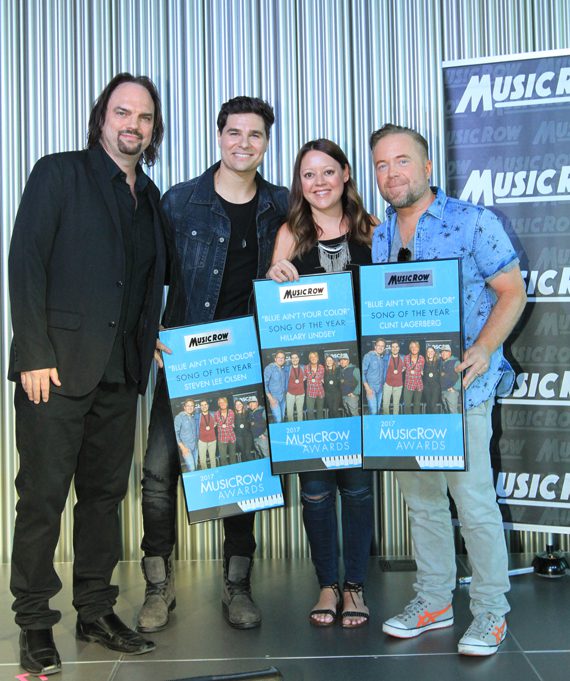 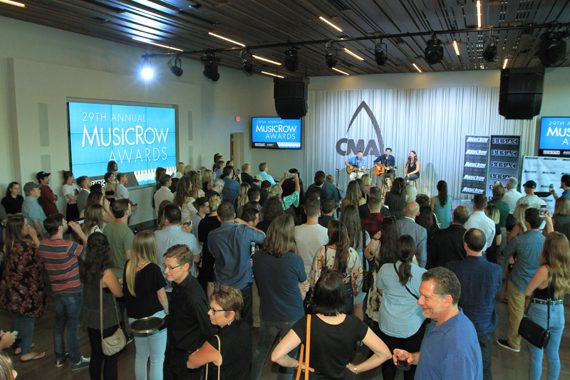 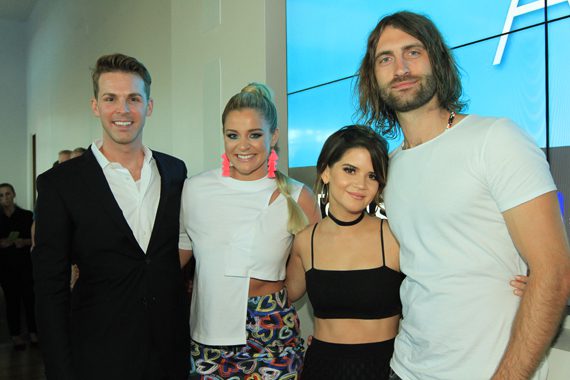 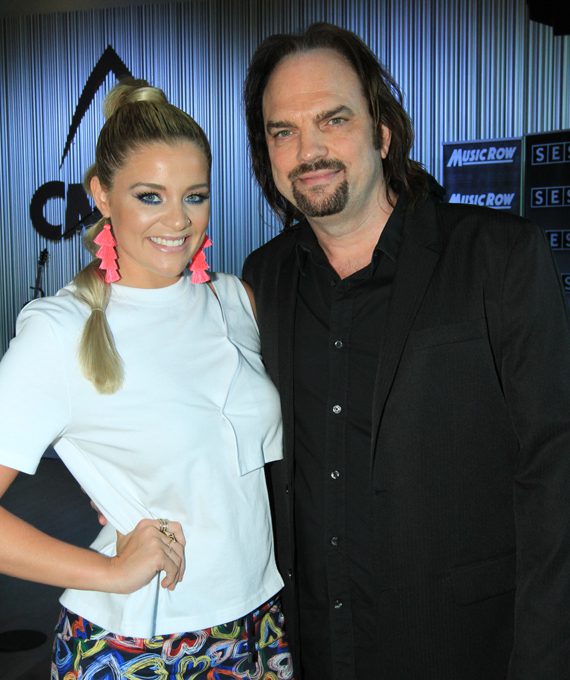 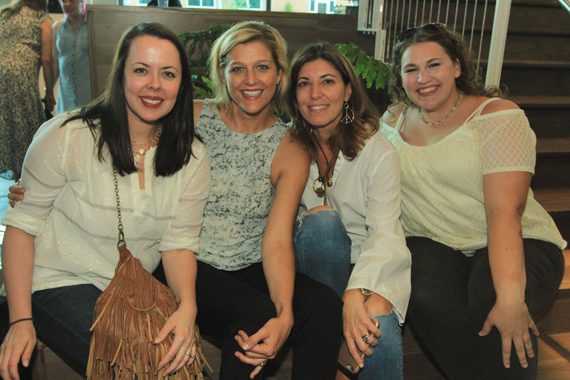 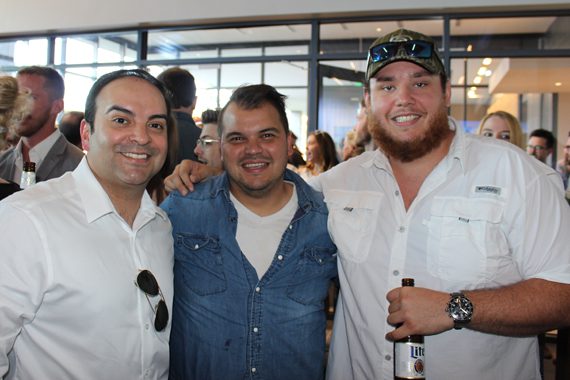 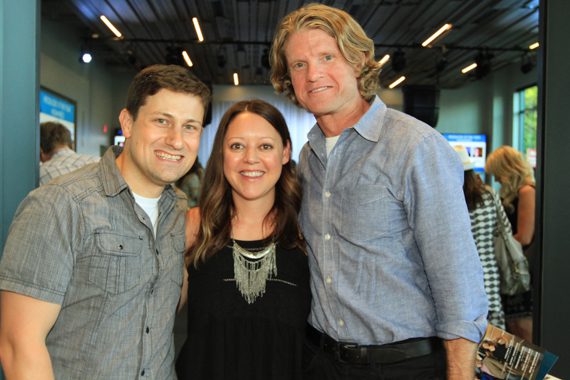 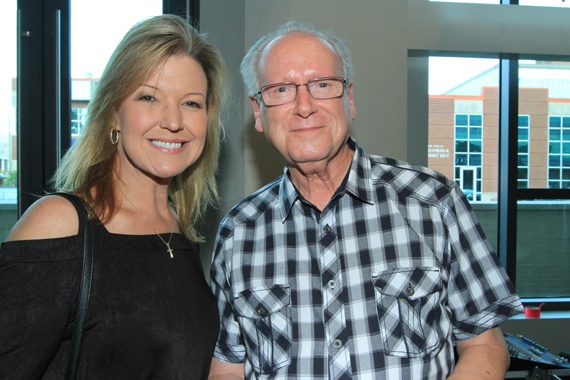 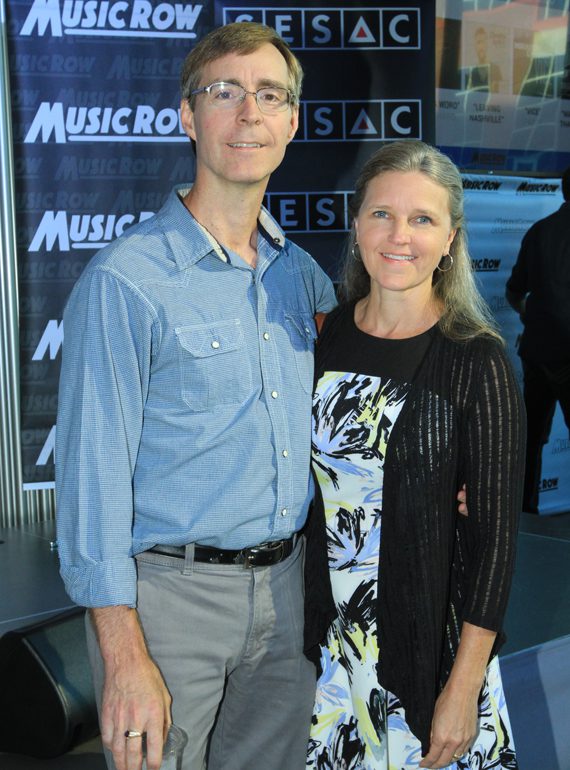 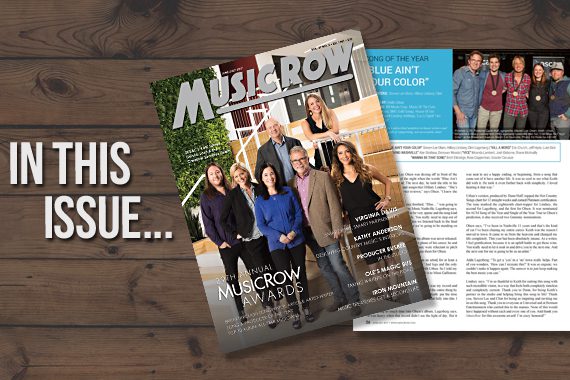 Clint Lagerberg is a co-writer of Keith Urban’s massive hit “Blue Ain’t Your Color.” He penned the song with Steven Lee Olsen and Hillary Lindsey, and also produced Olsen’s version of the song.

“Blue Ain’t Your Color” was voted Song of the Year at the recent MusicRow Awards. Lagerberg called from his studio in Thompson’s Station to discuss the win. Read more in the new issue of MusicRow magazine, or subscribe to MusicRow today.

Tell me about your career as a producer.

I’ve been in town about 12 years. I’ve been playing guitar forever. Early on, I started recording myself on a four-track so that I could critique my playing.

I’m not the typical Nashville track guy. It’s become part of my process but the song is most important for me. The track is the easy part.

My production process is I don’t want to use stock sounds, I want everything to be unique. We’re creating a sonic vibe that totally fits what the artist is about and we search for it.

In addition to co-writing “Blue…” you produced Steven Lee Olsen’s recording of it, which ultimately ended up being pitched to Keith Urban. How did you approach the recording?

“Blue…” came at the end of the record. The recording of it was cool because we knew it needed to be very sparse and the song kind of has the production in it already. You really need to step out of its way, and not do too much. But we had to do something to make it fit more sonically with the rest of the record. It was so cool to see what Keith did with it. He took it even further back with simplicity, which to me was so cool. I loved hearing it that way.

How have you handled all the success this year?

While Keith was taking “Blue… “ to No. 1, I was building a studio at our new house. I was working around the clock to finish the studio because I had a deadline for a record with the band Everett, so they could pitch it to a label. Meanwhile “Blue…” is climbing the charts and we are getting award nominations.

I’m a little bummed that I didn’t get to fully immerse myself in the excitement of it all, because I was so tired from working. My wife and I went to the Grammys, and that was the first moment I got to soak it up a little.

Then it really hit me at the No. 1 party. I had just finished the EP for Everett. I probably slept 15 hours in two weeks. When I got to the mic at the party it all hit me. Everything I might have missed. All the emotions, the celebrations, seeing my wife and daughter in the audience. It was so hard to talk. It was very powerful. And to be standing up there with great friends, Hillary and Steven. And also Missi Gallimore and Keith. It was very cool to be there in that moment.

Now I’m rested and getting back to work in the studio with Everett. It was all worth it, because there are major offers.

What have you learned as a songwriter?

To get a “yes” in a “no” town really helps. You’ll get 1,500 “no’s” but one “yes” will make up for that and more. It prepares you for the next round of “no’s.” Part of you wonders, “How can I recreate this?” There’s no way to choreograph this kind of thing. We couldn’t make it happen again. It was so organic. And that’s the answer: just keep making the best music you can. Dive in deep as you can and then let whatever is going to happen, happen.