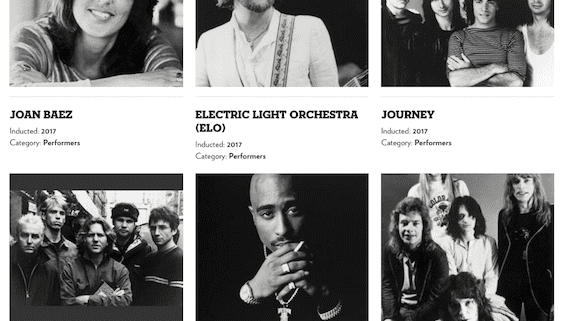 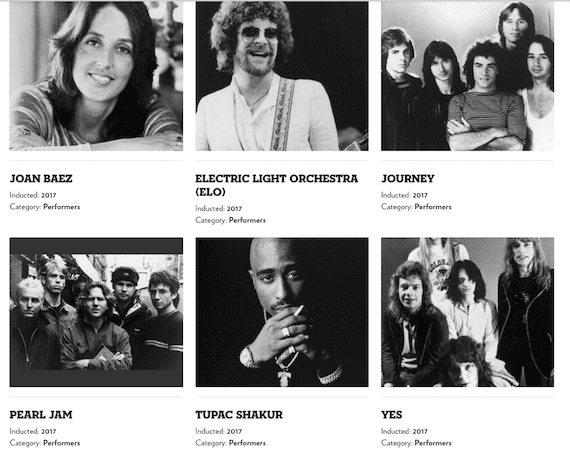 The 2017 inductees to the Rock & Roll Hall of Fame have been announced. Set to be inducted in the Performer Category are Joan Baez, Electric Light Orchestra, Journey, Pearl Jam, Tupac Shakur and Yes.

The Award for Musical Excellence will be presented to Nile Rodgers.

The Induction Ceremony will again have its television premiere on HBO, and a radio broadcast on SiriusXM. Broadcast details will be announced in early 2017.

Ticket on-sale dates for the event will be announced in January. A limited number of pre-sale tickets will be available for Rock & Roll Hall of Fame members in advance of the public sale date.

The special exhibition on the 2017 Inductees will open at the Rock & Roll Hall of Fame in Cleveland on March 30.