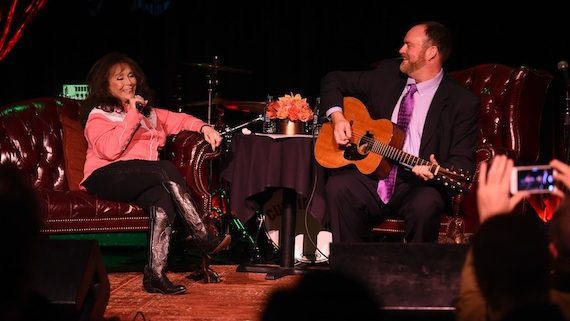 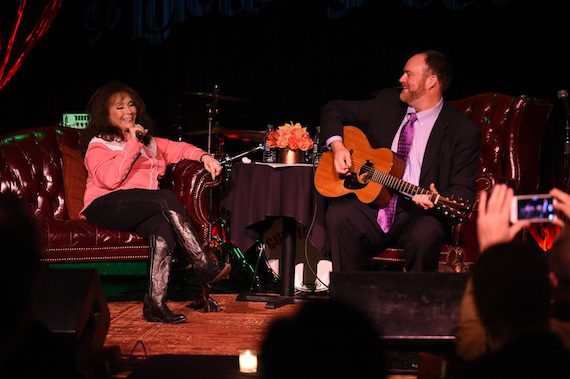 Loretta Lynn previewed six songs from her upcoming album, Full Circle, in New York City on Wednesday (Dec. 9). Lynn was joined by her producers John Carter Cash and Patsy Russell, who is also the singer’s daughter.

Sony Legacy Recordings hosted the private listening event at The Cutting Room. The audience heard the recorded tracks of “Whispering Sea,” “Everything It Takes,” “Lay Me Down” and “Everybody Wants to Go to Heaven.” In addition, Lynn surprised the crowd with live performances of “Fist City” and “In the Pines” from the album, as well as her signature hit, “Coal Miner’s Daughter.”

Full Circle is scheduled to be released on March 4. 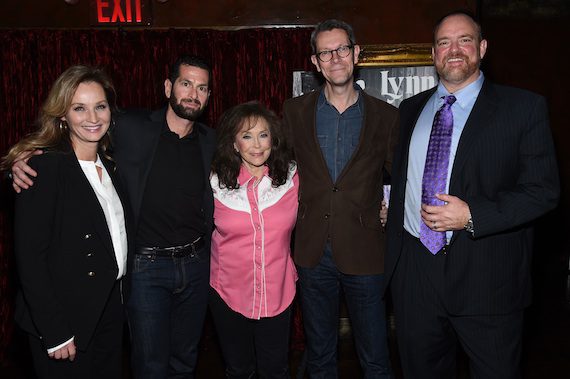