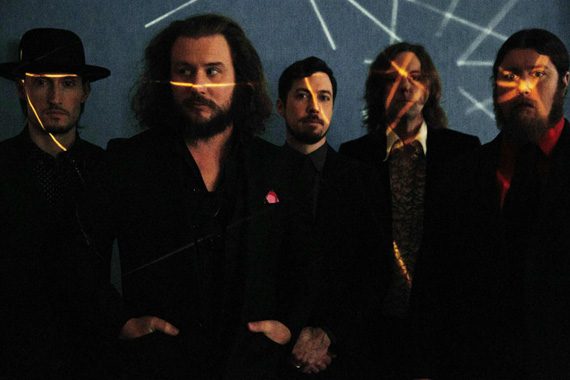 Bonnaroo’s charitable arm, the Bonnaroo Works Fund, will award nearly $200,000 to 40 nonprofit organizations in 2015. Recipients of the grants will include First Book, Notes for Notes, the Land Trust of Tennessee, and Keep Coffee County Beautiful.

The festival has also named longtime lineup favorites My Morning Jacket as this year’s Bonnaroo Works Fund Ambassadors. The band will help spread the Fund’s message and encourage supporters to get involved.

In March the Works Fund collaborated with the Nashville International Airport to launch the third annual Bonnaroo-themed artistic skylight exhibition featuring regional artists. Travelers can view the new exhibition at the airport through February 2016.

Works Fund projects are also on display throughout the festival grounds including the tree adoption program, Root for Roo, and at the Bonnaroo Works Community Center where fans can bid on silent auction music memorabilia items and learn about the various organizations the Works Fund supports. 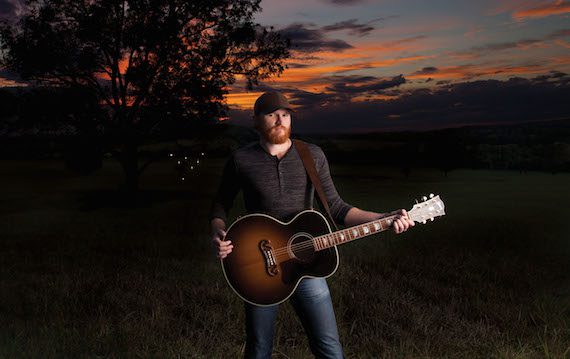 Paslay’s songwriting accolades include ASCAP’s 2012 Country Song of the Year for Jake Owen’s “Barefoot Blue Jean Night,” as well as nominations for CMA Song of the Year in 2012 and a 2013 Grammy nomination for Best Country Song, both for The Eli Young Band’s “Even If It Breaks Your Heart.” Paslay has also penned songs for artists such as Amy Grant, Jimmy Buffett and Lady Antebellum.

“I’ve always had great relationships with everyone at Warner/Chappell,” said Paslay. “I’m glad that I get to hang my songwriting hat there and can’t wait to catch some great songs with the team.”

“Eric Paslay sings and writes take-your-breath-away songs,” said Ben Vaughn, Executive Vice President, Warner/Chappell Music Nashville. “When Paslay’s voice comes on the radio, you immediately know you’re getting ready to hear a song sung with emotion that was crafted by a true artisan. Everyone at Warner/Chappell is very proud to represent Eric and his music.” 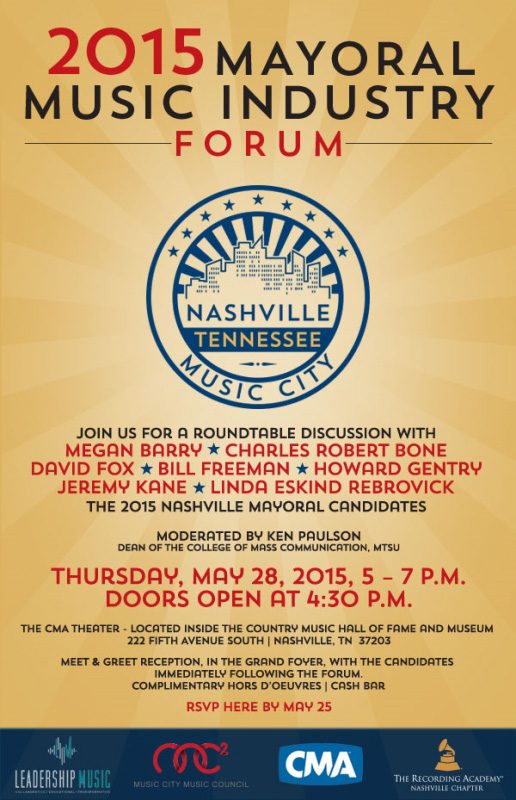 An invitation to attend the 2015 Mayoral Music Industry Forum has been extended to all interested members of the Nashville music industry.

Created by the CMA, Leadership Music, The Music City Music Council, and NARAS as an important forum for their members, the event, now open for all music industry members, will be held Thursday, May 28, 2015, from 5 p.m.-7 p.m. at the CMA Theater inside the Country Music Hall of Fame and Museum.

The event will include a meet & greet reception with the candidates in the grand foyer immediately following the forum. The forum will include complimentary hors d’oeuvres and a cash bar.

SOLID (the Society of Leaders in Development) will hold its 13th Annual Music Row Yard Sale & Auction on Saturday, June 13 from 8:00 a.m.-2:00 p.m. at the George Jones Museum in downtown Nashville. Items up for auction include meet and greets, autographed guitars and signage from the CMA Red Carpet. Ronnie Milsap’s tour bus is also available for purchase. An online auction will start on June 4 and features items from some of country music’s biggest artists at charitybuzz.com.

“This is an exciting year for the Yard Sale & Auction. We have a new location which overlooks the Riverfront Stage and allows people to catch a glimpse into the life of country music legend George Jones,” says organizer Kari Barnhart, “Not to mention that festival attendees will have access to rare memorabilia that cannot be found anywhere else. By taking the auction online, we can give fans who are not able to attend CMA Fest an opportunity to take a piece of music history home with them as well!”

The George Jones Museum will also offer discounted entry into the museum for those attending the yard sale.

Proceeds from the event will help SOLID fund education, networking, leadership and volunteer opportunities. A portion will also benefit the Muscular Dystrophy Association.

In addition, SOLID will be selling specialty made hand-bags that are made from event flags of previous CMA events. A percentage of those sales will go to Notes for Notes, which provides after school music education through the Boys & Girls Club. 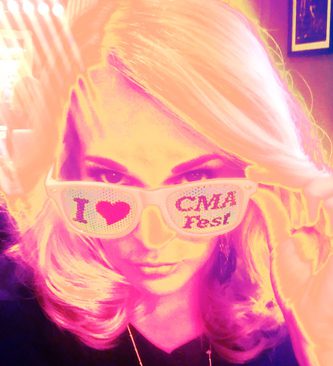 “Hey #CMAfest! Looks like I will be seeing you real soon! @CMA,” Underwood posted on her Instagram. Photo: Carrie Underwood

The performance marks the 10th anniversary of Underwood’s first CMA Fest performance in 2005, following her victorious run on American Idol that same year. She will also celebrate one decade since her first Grand Ole Opry performance. The Opry member will return on Tuesday, June 9 for two Opry shows prior to an Official Carrie Underwood Fan Club Party that evening.

For full CMA lineup from June 11-14, schedules, maps, activities, trivia, and more information can be found at CMAfest.com and downloaded on the CMA Fest app (iOS, Andriod). 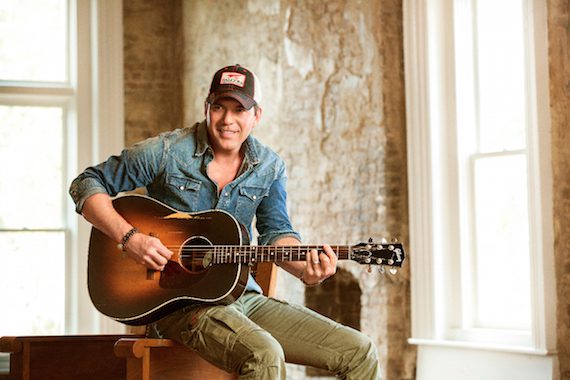 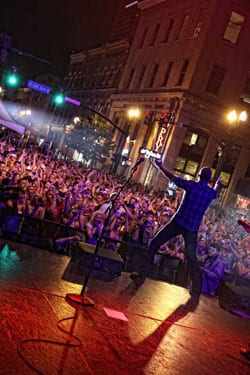 This is the fifth year for the free concert, which is sponsored by Carl Black Chevrolet, Wrangler, and ALLY Financial and was originally launched in 2011 as a fundraiser for Nashvillians who suffered losses in the prior year’s devastating flood. Proceeds from this year’s show will support the W.O. Smith Music School.

“I’m grateful to be hosting this special event for the fifth year in a row alongside a stellar group of artists,” said Atkins. “It truly means a lot to be able to give back through what I love to do most – play music.”

DJ Silver will be on hand to kick off the festivities at 6:00 p.m. between 2nd and 3rd Avenue on Broadway, and select artists will sign autographs from 12:00 p.m. to 6:00 p.m. The show will also be streamed live by Chevrolet and Wrangler. 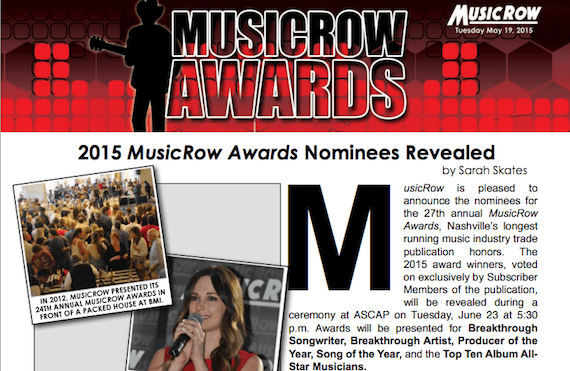 Ballots for the 27th Annual MusicRow Awards are due from MusicRow subscribed members at 5:00 p.m. CT today (May 26). View our 2015 nominees here.

If you previously submitted your ballot or RSVP, thank you. No further action is required.

The 2015 MusicRow Awards are an invite only event, hosted this year at ASCAP’s Nashville headquarters on Tuesday, June 23 at 5:30 p.m.

ASCAP President Paul Williams received an international award yesterday (5/21) at the 60th Annual Ivor Novello Awards presented by BASCA (the British Academy of Songwriters, Composers and Authors) in London. The award, PRS for Music Special International Award, is named after sponsor PRS for Music, the UK’s licensing and royalty company. 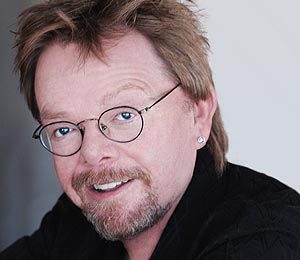 Paul Williams, ASCAP President and Chairman of the Board

Inaugurated in 1956, they celebrate, honor and reward excellence in British and Irish songwriting and composing. BASCA is a not-for-profit membership organization that represents British songwriters and composers.

Williams–an Oscar, Grammy and Golden Globe-winning Hall of Fame songwriter–was recognized for his songwriting career achievements, which include songs like “The Rainbow Connection” (from 1979’s The Muppet Movie), “Evergreen” (from the 1976 film A Star is Born), “We’ve Only Just Begun” and “Rainy Days and Mondays.” He recently earned a 2014 Album of the Year Grammy for co-writing two songs which he also performs, “Touch” and “Beyond,” with Daft Punk on their critically-acclaimed album Random Access Memories.

“I’m incredibly honored to receive this award,” said Williams. “Over the course of my career I’ve been fortunate to build relationships and work with so many gifted songwriters and artists in the UK. I’m especially gratified to be recognized by my peers in this country.” 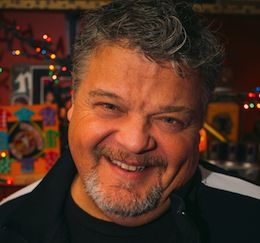 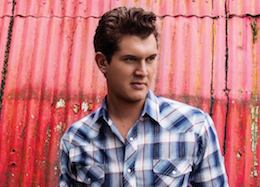 John Pardi To Perform At Chords For A Cause

Jon Pardi heads the list of musicians gathering June 9, at 3 p.m. at Chords for a Cause “Summertime on the Row” to benefit Monroe Carell Jr. Children’s Hospital at Vanderbilt. Hosted by Dan McGuinness, performers alongside Pardi include Blackjack Billy, Hannah Blaylock, Levi Lowrey, Michelle Wright, Travis Meadows, Jordyn Stoddard along with many other singer/songwriters. All proceeds go directly to Monroe Carell Jr, Children’s Hospital at Vanderbilt. Though there is no admission, donations are strongly suggested. 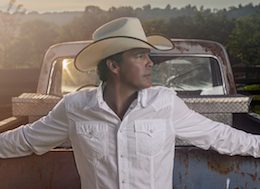 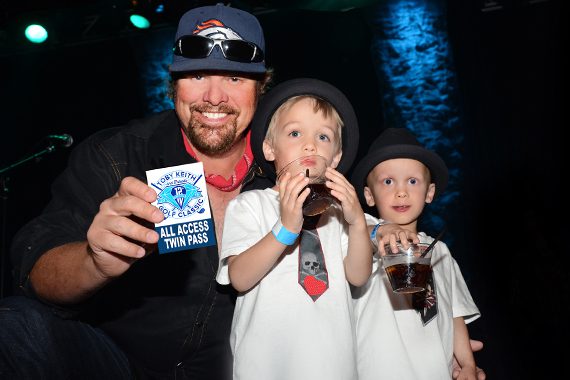 All proceeds benefit the foundation’s efforts to build and support OK Kids Korral, a cost-free home-away-from-home for pediatric cancer patients and their families.

Earlier this week, Keith announced he will donate a portion of sales of his Wild Shot Mezcal to the Veterans of Foreign Wars of the U.S. (VFW) during several initiatives. The VFW is the nation’s largest organization of combat veterans offering scholarships, financial assistance, free calls home for deployed or hospitalized service members and help to veterans seeking service-related benefits and compensation. 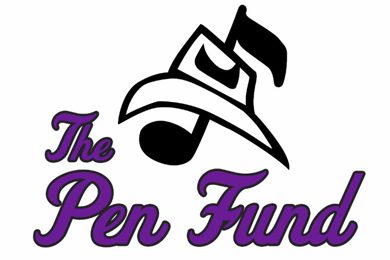 Suzi Cochran (widow) and Booth Calder (daughter) of Country Music Hall of Fame songwriter Hank Cochran have launched The Pen Fund to aid songwriters with Pancreatic Cancer. The nonprofit will work in conjunction with the Nashville-based non-profit organization, The Nikki Mitchell Foundation, to raise support awareness, and further breakthroughs in research and development for the early detection and treatment of the disease.

Cochran was diagnosed with pancreatic cancer in July 2008, following the removal of several cancerous tumors from his pancreas and lymph nodes. He passed away on July 15, 2010 at the age of 74.

“The statistics for the disease are awful,” Calder states. “There will be an estimated 37,000 – 48,000 people diagnosed this year. Although, those numbers are smaller than most cancers, the percentage of people who die in the first five years following diagnosis is 94%, the highest of any cancer.”

Currently, there is no early detection method in place for Pancreatic Cancer.

To donate to The Pen Fund, go to thepenfund.org. 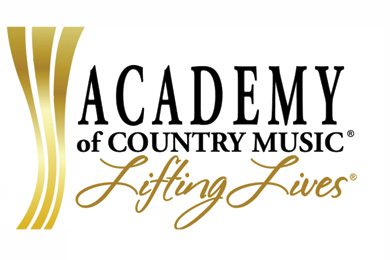 During the past five months, club shows around the country have collectively raised nearly $30,000 for ACM Lifting Lives, the charitable arm of the Academy of Country Music. Shows featuring Gary Allan, Easton Corbin, Tyler Farr, Sam Hunt, Jerrod Niemann, Eric Paslay, Chase Rice and The Swon Brothers donated a portion of ticket sales to ACM Lifting Lives, which will go to help fund organizations that are improving lives through the power of music. The club shows were sponsored by Mattress Firm.

Fans who tweeted their attendance were entered to win a trip to the 50th Annual Academy of Country Music Awards last month, April 19, 2015.