Cumulus has announced an artist development competition called “NASH Next” to recognize and release music from top undiscovered country talent. NASH Next marks the latest expansion of the popular entertainment and lifestyle brand, and NASH’s second launch into the recorded music business, joining the NASH Icon label.

NASH Next features a nationwide talent search through online submissions, which will be promoted on more than 200 Cumulus radio stations. The grand prize winner will be signed to the new NASH Next record label, with each of the top 10 recipients participating in a 2016 NASH Next concert tour.

Online engagement between fans and artists/bands will be measured and counted in the talent competition. “Country is firmly established as the most popular music format and through NASH Next we are connecting directly with the fans and talent who are most engaged with the Country lifestyle,” said John Dickey, Executive VP of Content and Programming for Cumulus.

Beginning June 15, the NASH Next website will open for registration to artists and bands, as well as the fans who will judge them through a series of challenges that run through November. The winners will be decided based on a combination of three music industry judges, a “Spin Index” of social media activity and voting on the NASH Next website.

NASH Next will be based at the NASH Campus in Nashville. The duo was there on behalf of the CMA Foundation, which funds Disney Musicals in Schools. The organization grants public schools performance rights to some of Disney’s most well-loved musicals. More than 300 students from six Metro Nashville Public Schools hit the stage, showing off numbers from “The Lion King KIDS,” “The Jungle Book KIDS,” “Aladdin KIDS,” and “Alice in Wonderland JR.”

“We couldn’t be more excited to be here today,” said the duo’s Maddie Marlow. “Tae and I both express ourselves through music, so it’s amazing to highlight how music is a good way for kids to express themselves and find out who they are.”

Nashville was only the second metro area outside of New York City to have the program. To date, the CMA Foundation has donated $68,000 to fund the project through grants made on behalf of artists who perform each year for free during the CMA Music Festival.

Maddie & Tae will perform on the Chevrolet Riverfront Stage and at LP Field during this year’s Festival. 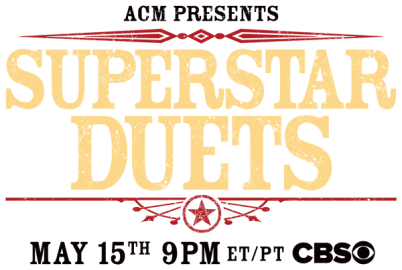 The special started at 9 PM/ET, and earned a 0.7 adults 18-49 rating. It averaged 4.97 million viewers, according to Zap2it.com, landing in third place behind ABC’s Beyond The Tank (a Shark Tank spin-off), and Dateline NBC.

The concert was recorded during the 3rd Annual ACM Party for a Cause Festival on April 17-18, 2015 at Globe Life Park in Arlington, TX. Multi-talented singer, songwriter, instrumentalist and performer Ashley Clark has had a long affiliation with the Nashville music industry. In 2000, he and his brothers formed the Clark Family Experience, which notched a Top 20 single with “Meanwhile Back at the Ranch.” Adding to his multi-faceted career, he has performed as a band member for Carrie Underwood, SheDaisy, James Otto, and others. Clark and brothers Adam and Austin formed trio The Clark Brothers (later renamed Sons of Sylvia) and won Fox’s The Next Great American Band. The trio joined Underwood’s Play On Tour in 2010.

Now, freshly signed as a solo artist to John Grady’s I.R.S. Records, Clark has been spending time, not in a Nashville studio, but in the Caribbean, working on his latest project with reclusive rock producer Mutt Lange, best known for his astronomical success with bands and artists including AC/DC, Def Leppard, Bryan Adams, Billy Ocean, Muse and Shania Twain. Clark’s upcoming album marks the first country artist and first new artist Lange has worked with since Twain.

During a visit with MusicRow staffers, Clark previewed songs such as the soulful country-pop confection “To The Moon.” The album version features vocals from Lange. “Before he was a producer, Mutt did radio jingles,” said Clark. “So he can mimic anyone’s voice. When he worked on my record, sometimes I thought it was me [singing], because he could copy me.” His wistful and breezy first solo single, “Greyhound,” was co-written with his brother Austin Clark several years ago. “You just never know when you write a song, what it’s going to do,” said Clark. “It’s been a crazy ride for this song to become my first solo single.”

Switching from guitar to fiddle, he performed “Heaven Would Hurt.” Clark, who plays several instruments, says he’s thankful for the time he spent learning music as a child, growing up in a Pentecostal family with 11 siblings. “When I was younger, I never wanted to practice,” he said. “But now, music’s taken me around the world.” He finished with the energetic “So Sexy It Hurts.”

Though Clark has often performed on the stage of the Grand Ole Opry, backing Underwood, Otto, and others, he will make his solo debut on the Grand Ole Opry Friday evening (May 15). “I’m excited. It’s the first time I’ve done it on my own.” Dynamic singer-songwriter P!nk received the BMI President’s Award for her outstanding achievement in songwriting and global impact on pop culture and the entertainment industry.

John Legend clinched the BMI Pop Song of the Year honor for co-writing “All of Me.”

With 27 songs among the year’s most-performed, Sony/ATV Publishing claimed the prestigious BMI Pop Publisher of the Year crystal. City Winery Nashville is hosting The Help Rebuild Nepal Benefit Concerts on May 16 and May 23 to aid the country following the devastating earthquake.

All net proceeds from ticket sales of these events will benefit Revolutions Per Minute’s When Disaster Strikes Fund. RPM is a nonprofit agency that provides artists with strategy and support for their activism and philanthropy. RPM was founded in 2005 by musicians, managers, and advisors from bands including Pearl Jam, The Beastie Boys, and R.E.M.

In past years, City Winery has raised $200,000+ to aid in disaster relief for crises including 2013 Hurricane Sandy, 2011 Tsunami in Japan and 2010 Earthquake in Haiti with the power of awareness through live music. Universal Music Group Nashville will release Now That’s What I Call Country- Volume 8 on June 9, 2015.
It will include 18 tracks with 14 of them being No. 1 hits from some of the biggest names in country.

The project is a joint venture from Universal Music Group and Sony Music Entertainment. This release is part of the multi-platinum NOW That’s What I Call Music! compilation series, which boasts sales topping 250 million worldwide and 94 million in the U.S.

The track list for Now That’s What I Call Country- Volume 8: Big Machine Records artist Laura Bell Bundy has been in the studio, co-writing tracks and collaborating with producers Nathan Chapman, Jay DeMarcus, and Tyler Cain for her upcoming project.

The result, Another Piece of Me, will release June 9. The multi-talented singer, songwriter, actress and dancer offered a behind-the-scenes look at the project (view below).

“Much of my career has involved playing characters that have been created for me but this album is something completely different and the most personal body of work I’ve ever done … it is the real me,” shared Bundy. “I’m thrilled to show fans that we all have a spectrum of emotions throughout our lives. ‘Kentucky Dirty’ and ‘Two Step’ show my playfulness and humor to crank up for a random dance party. But ‘China and Wine’ and ‘Another Piece Of Me’ are more introspective, reflecting how I’ve dealt with the occasional sadness and messiness that life throws you. I hope everyone truly feels like they know Another Piece of Me after listening.”

Bundy has held roles in television programs Hart of Dixie and Anger Management. She’s performed on Broadway in the musicals Legally Blonde and Wicked, earning her a Tony Award nomination. The Kentucky native releaed her first country album, Achin’ and Shakin’,  in 2010. She will perform during this year’s CMA Music Festival on Friday, June 12 at the Belk Park Stage at 4:05 p.m. “We were immediately impressed,” said Kelley. “Drew is one of the most talented artists we have ever seen. He sings, dances, writes, plays multiple instruments and is addicted to creating. We dig his passion for his craft and he was a must sign for Tree Vibez. The sky’s the limit for him and we are excited to be a part of the climb!”

A native of Eaton Rapids, Mich., Deeghan began working with FGL as their guitar tech. His role has since developed into a member of FGL’s performing band, and he has spent the past few years developing his songwriting skills.

“Anyone that gets in a writers’ room with Jimmy knows how special he is,” said Hubbard. “He has the potential to get cuts across genres and can write anything. He has been grinding it out, working hard to hone in his craft. He has hooks for days and is a perfect fit for Tree Vibez.” Riley B. King spent more than 70 years entertaining fans with his blues riffs and, according to the 2014 documentary B.B. King: The Life of Riley, performing more than 15,000 shows by the time of his death.

Along the way, he earned numerous accolades, including 15 Grammy Awards (in addition to a Lifetime Achievement honor in 1987), the Presidential Medal of the Arts, Presidential Medal of Freedom, and inductions into the Rock and Roll Hall of Fame, and the Blues Foundation Hall of Fame. In 2005, Mississippi state legislature honored the singer-songwriter-guitarist with B.B. King Day.

King was born in Mississippi on Sept. 16, 1925. Some of his earliest recordings were for Nashville-based label Bullet Records, and for Sam Phillips‘ RPM label. For a short time, he worked as a singer and disc jockey at WDIA where he earned the nickname “Beale Street Blues Boy,” which was later shortened to “Blues Boy” and then to “B.B.”

Numerous acclaimed songs would follow, including “How Blue Can You Get,” “Everyday I Have The Blues,” “3 O’Clock Blues,” “Please Love Me,” “You Upset Me Baby,” and “The Thrill Is Gone,” which garnered King his first Grammy in 1970, for Best R&B Male Vocal Performance.