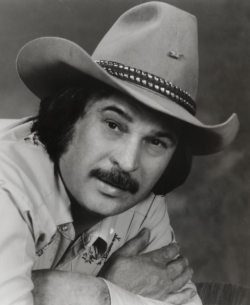 Kemp, who was 74, had multiple ailments and was on kidney dialysis at the time of his passing. He was a native of Greenwood, Ark. As a youth, he was an auto racer.

He first rose to prominence in Music City as the writer of the 1965 George Jones hit “Love Bug.” His “Feelin’ Single, Seein’ Double” was recorded by both Jones and Emmylou Harris. Conway Twitty took Kemp’s “Next in Line” to No. 1 on the country charts in 1968, scored with the songwriter’s “The Image of Me” that same year and also hit with “Darling You Know I Wouldn’t Lie” (1969) and “That’s When She Started to Stop Loving You” (1970). Johnny Cash took Kemp’s “One Piece at at Time” to the top of the charts in 1976. Johnny Paycheck’s 1977 “outlaw” tune “I’m the Only Hell (Mama Ever Raised)” was also a Wayne Kemp creation.

Kemp was also a recording artist. Between 1969 and 1986, he placed 24 singles on the country charts. His biggest hit as a singer was 1973’s “Honky Tonk Wine.” He recorded for Decca, MCA, United Artists, Mercury and Door Knob.

Visitation with the family will be on Thursday, 10 a.m. – 1:45 p.m. with graveside services to follow at 2 p.m. at Anderson Memorial Park.