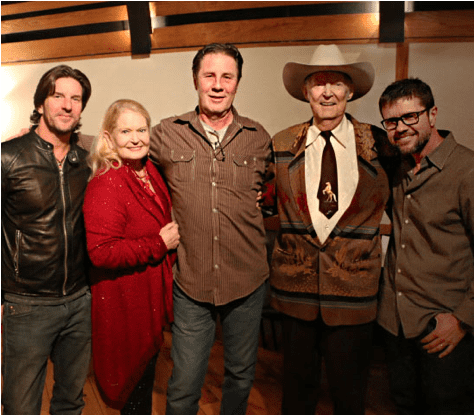 The Nashville Songwriters Association International presented No. 1 plaques to several songwriters whose compositions reached the top of the charts between August and November 2014. The No. 1 party, sponsored by Bill Lynch and Lynch Wealth Management of Raymond James, was held Wednesday, Feb. 4, 2015 at Music Mill, NSAI’s Music Row headquarters.

Additionally the Stephen Foster award was presented to Liz and Casey Anderson, two of NSAI’s founding members. Casey accepted for both himself and his late wife. Lynn Anderson, entertainer and daughter of the recipients, performed a medley of her parents’ songs, including “(My Friends Are Gonna Be) Strangers” and “I’m A Lonesome Fugitive.”