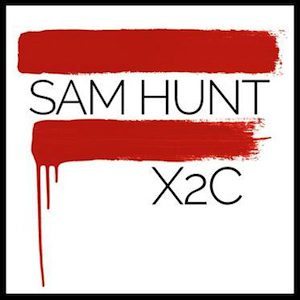 On Aug. 12, MCA Records Nashville artist Sam Hunt will release X2C, a four-track preview to his forthcoming major label album debut, which is slated for an Oct. 27 release. His debut single, “Leave The Night On,” has sold more than 197,000 tracks to date.
Hunt has also garnered songwriting credentials with “Come Over,” (Kenny Chesney), “We Are Tonight” (Billy Currington), and “Cop Car” (Keith Urban). Hunt co-wrote all tracks on X2C, which was produced by Zach Crowell and Shane McAnally.
“I’m can’t wait to share a few early tracks from the album,” says Hunt. “We’ve been having so much fun with the music out on the road and I’m excited to get this music out to our fans.”
X2C Track Listing:
1. Leave The Night On (Sam Hunt, Shane McAnally, Josh Osborne)
2. Ex To See (Sam Hunt, Josh Osborne, Matt Ramsey)
3. House Party (Sam Hunt, Zach Crowell, Jerry Flowers)
4. Breakup In A Small Town (Sam Hunt, Zach Crowell, Shane McAnally) 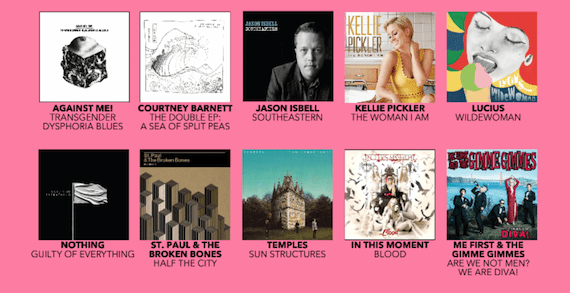 Red Distribution has launched ‘Ten Bands, One Cause,’ a retail initiative to support National Breast Cancer Awareness month in October. Ten bands will reissue titles on Sept. 30 on pink vinyl for the cause, which sponsor’s Gilda’s Club NYC.

Kellie Pickler, Jason Isbell, St. Paul & The Broken Bones, In This Moment, Courtney Barnett, Against Me!, Nothing, Temples, Lucius, and Me First & The Gimme Gimmes will all reissue titles as part of the project. Limited edition pink vinyl copies will be shipped to retailers nationwide, and $1 of every unit shipped will sponsor Gilda’s Club NYC. Among those titles are Pickler’s The Woman I Am, and Isbell’s Southeastern.

Gilda’s Club NYC is a non-profit created in memory of Gilda Radner, an original cast member of Saturday Night Live. Radner died from ovarian cancer in 1989. 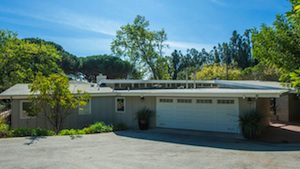 Garth Brooks and Trisha Yearwood have put their Malibu, Calif. beach house on the market, according to zillow.com. The property, which they purchased in 2008 for $4.95 million, sits on more than half an acre, and features four bedrooms, and three-and-a-half bathrooms.
Located at 28020 Sea Lane Drive, the home is within walking distance of Paradise Cove Beach. It features an outdoor fireplace, and a chef’s kitchen.
The reported asking price for the home, which was built in the late 1950s, is $7.5 million.
https://musicrow.com/wp-content/uploads/2014/07/malibu-home-garth-trisha1.jpg 169 300 Jessica Nicholson https://musicrow.com/wp-content/uploads/2019/03/MusicRow-header-logo-Mar19B.png Jessica Nicholson2014-07-30 16:11:362014-07-30 16:11:36Brooks, Yearwood Put Malibu Home on the Market 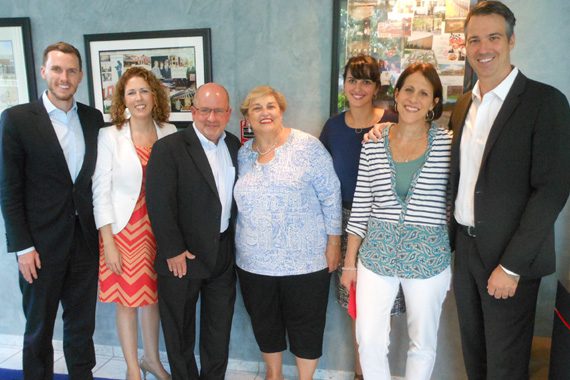 Avenue Bank’s Ron Cox, Sr. VP/Dir. of the Music & Entertainment Division, presented a check to Leadership Music’s Executive Director, Debbie Schwartz Linn for $4,000 yesterday (July 29) in support of the educational organization.
Cox, who serves as the adjunct professor, joined other Avenue Bank team members to write, develop and teach the curriculum for a 15-week class offered to Belmont students called, “Personal Finance and Banking in the Music Industry.” Fees required to be paid by Belmont to the adjunct professor of record were accumulated and gifted back to the industry with this donation to Leadership Music.
Cox shared, “With Belmont’s presence and impact in the music industry through the Mike Curb College of Entertainment and Music Business, we found a unique way to pool our synergies together. We continually receive very positive reviews from the class because we cover a wide variety of subject matter from personal budgeting, saving and investing, buying a home, starting a business, entrepreneurship, touring, publishing and many other relevant topics associated with personal and business finance within the music industry. We are proud of our partnership with both Belmont and Leadership Music, and it how this class is a picture of the true community spirit within our music industry.” 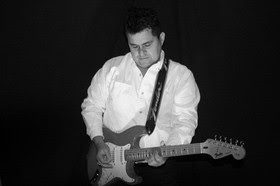 PLA Media has added Country artist Al Brake to its roster. “Being a rock and roll devotee, I love his spin on Country music with rock infusion. PLA is poised to take Al’s success in the Canadian marketplace worldwide,” says Pam Lewis, President PLA Media.
The Canadian singer-songwriter earned two honors from Indie Music Channel in 2013 for Best Country Producer and Best Country Recording. He recently released the single, “Hot Pink Lady” to radio. Brake began playing guitar at age 8, and later added bass, mandolin and drums to his repertoire. When he isn’t touring or recording, he is with his wife and four children at their home in Canada.

SESAC’s Ellen Truley and husband, actor Todd Truley welcomed New York City entrepreneur and City Winery CEO Michael Dorf to Nashville during a reception held at the event space in advance of the establishment’s opening. City Winery, located at 609 LaFayette Street, is set to open in a 30,000-square-foot space on Oct. 1. It will also be the site of the Americana Music Association’s Honors & Awards VIP After Party on Sept. 17. City Winery also has locations in New York, Chicago, and Napa Valley, Calif. 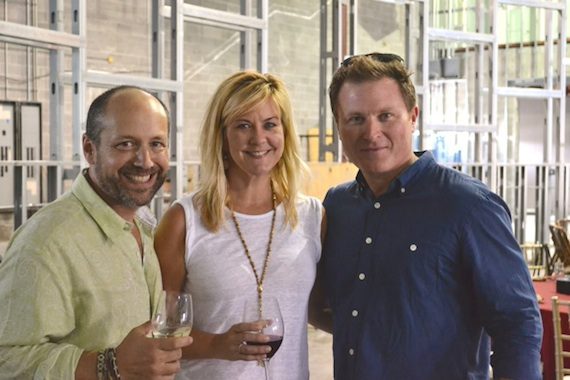 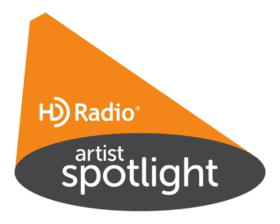 BMI has partnered with iBiquity Digital, the developers of HD Radio Technology, on a new music initiative called the “HD Radio Artist Spotlight.”
The program is designed to grow new artists and help established acts with tour support out on the road.
HD Radio enables radio stations to create new broadcast channels on HD2 and HD3. The first artists to be featured on “HD Radio Artist Spotlight” are Charlie Worsham, Jon Pardi, Ashley Monroe, Due West, and Muddy Magnolias.
“iBiquity Digital has been an outstanding partner of BMI through their support of our songwriter festivals and broadcaster events,” says Mason Hunter, BMI Executive Director-Strategic Partnerships & Business Development. “The HD Radio Artist Spotlight furthers our relationship by providing another avenue for talents like Ashley Monroe, Jon Pardi, Charlie Worsham, and others to be heard and connect with Country music fans!”
For more information, be sure to visit bmi.com or hdradio.com. 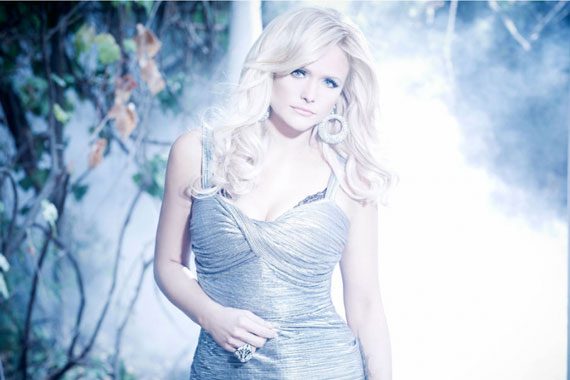 Miranda Lambert could be coming to the big screen. The singer-songwriter is working with music video director Trey Fanjoy and screenwriter Cindy McCreery on Something In The Water, a female comedy set in the heartland, according to Deadline. The feature focuses on five women who challenge their men in a bass fishing competition.
“With over a dozen award-winning collaborations with Miranda, I’ve no doubt Trey’s transition into features will be equally successful,” said Lambert’s manager Marion Kraft (Shopkeeper Management).
Fanjoy has worked with Lambert throughout her career. Fanjoy directed the video for Lambert’s first single, and has helmed the clips for “Kerosene,” “The House That Built Me,” “Fastest Girl In Town,” “Over You,” “Mama’s Broken Heart,” and Lambert’s latest video “Somethin’ Bad,” with Carrie Underwood.
Fanjoy is also considering work on two other projects, including the faith-friendly Take It Back, and Teenage Dream, which includes American Idol’s Randy Jackson, and Rafaella DeLaurentis as producers.
No word on a possible release date for Something In The Water. 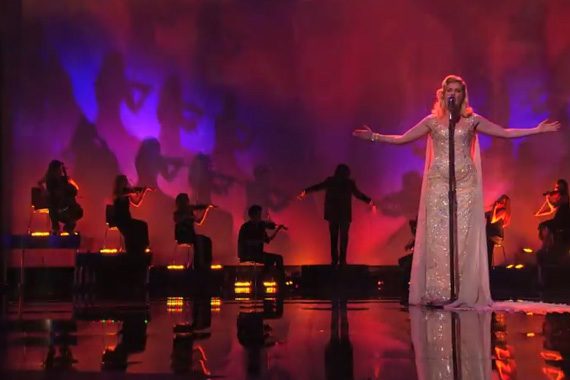 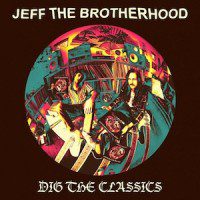 Trace Adkins will travel to Boston’s Fenway Park on Aug. 2 to perform the national anthem opening the Red Sox vs. Yankees, the second of a three-game series, which will be broadcast nationally on FOX.
Adkins previously performed the anthem at Fenway in July 2012 and in St. Louis, Mo. in 2011 for Game 2 of the World Series.
Adkins has also added vocal duo Jill & Kate to his touring band. 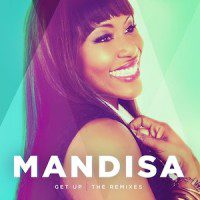 Mandisa will release Get Up: The Remixes on Sept. 16. The 11-track project will feature remixes of “Overcomer,” Stronger,” and “Good Morning,” among others. Get Up: The Remixes follows Mandisa’s album Overcomer, which debuted at No. 1 on the Billboard Christian Albums chart.
This fall, Mandisa will join Casting Crowns and Sidewalk Prophets in September for 39 stops on the Thrive Tour, as well as performances at various events with Third Day, Steven Curtis Chapman, and Hillsong United.
https://musicrow.com/wp-content/uploads/2014/07/emily-west-new-photo1.jpg 380 570 Jessica Nicholson https://musicrow.com/wp-content/uploads/2019/03/MusicRow-header-logo-Mar19B.png Jessica Nicholson2014-07-30 10:23:532014-07-30 10:23:53Artist Updates (7/30/14) 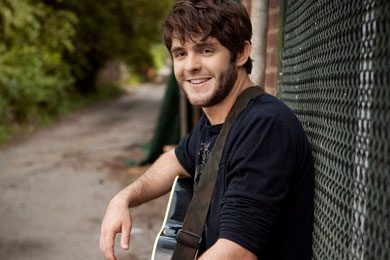 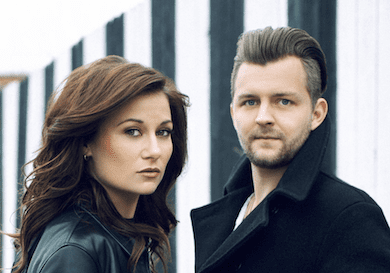 NATIVE RUN/Good On You
Writers: Rachel Beauregard/Bryan Dawley/Steve Moakler; Producers: Luke Laird/Native Run; Publishers: Internal Combustion/Songs of Creative Nation/Warner-Tamerlane/Rachel Beauregard/Dawley/Nan Jam/Songs of Kobalt, BMI; Show Dog
-The voices of this male-female duo are somewhat colorless, but the overall vibe is unmistakably jaunty, happy, sunny and warm. The track mixes acoustic instruments with beefy rhythm effectively.
MARK McKINNEY/Maybe We Should
Writers: Mark McKinney; Producers: Mark McKinney/Eric McKinney; Publishers: none listed; MM
-I like his husky, ingratiating and personable singing a lot. He sounds like somebody you’d like to share a beer with. His romantic come-on in this song is equipped with smiles and gentle persuasion. This boy has the goods.
https://musicrow.com/wp-content/uploads/2014/07/thomas-rhett231.jpg 260 390 Robert K Oermann https://musicrow.com/wp-content/uploads/2019/03/MusicRow-header-logo-Mar19B.png Robert K Oermann2014-07-30 09:51:492014-07-30 09:51:49DISClaimer: The Summer Doldrums 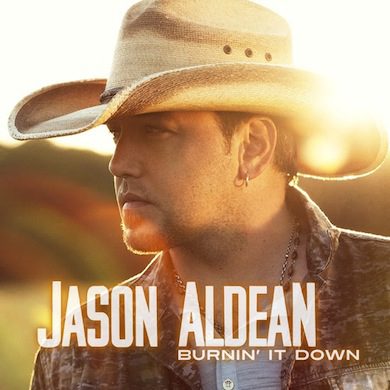 Sales of Jason’s Aldean’s new single are as hot as its lyrics: (you baby laying right here, naked in my bed). The track debuted with 184K downloads to land at No. 1 Country and No. 1 overall. It is the lead single from his upcoming sixth album for Broken Bow, which is being helmed by longtime producer Michael Knox. The song was written by Florida Georgia Line’s Brian Kelley and Tyler Hubbard, with Rodney Clawson and Chris Tompkins. 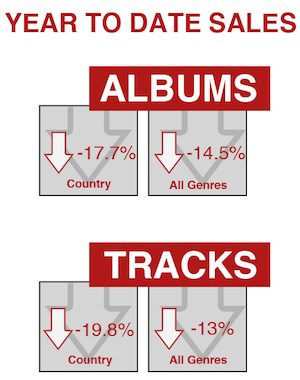 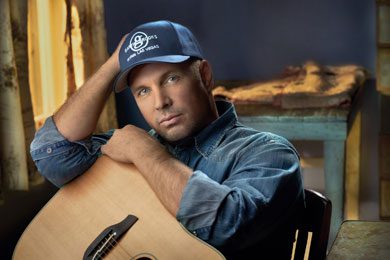