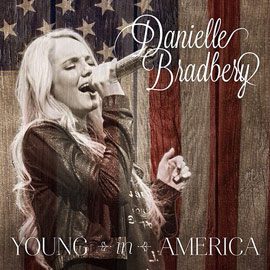 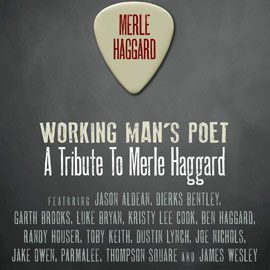 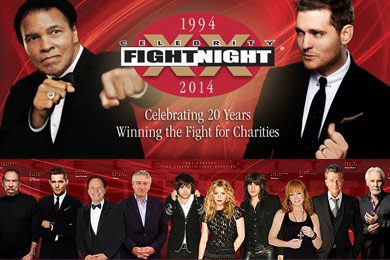 IFPI has published its annual Recording Industry In Numbers, which provides comprehensive data for 50 territories.
Among the highlights included are:
• Global digital revenues in 2013 totaled 5.9 billion, with subscription streams revenue tripling to $1.1 billion in the last three years.
• Six of the top 10 markets saw growth in 2013, while in eight of the top 20 music markets digital is now the dominant source of revenue.
• Latin America is the region showing the fastest digital growth in recent years, with revenues up 124 percent from 2010 to 2013.
• Overall global recorded music trade revenues declined by 3.9 per cent in 2013. This was heavily influenced by the 16.7 per cent decline in Japan, a market at the start of its digital transition. Excluding Japan, global revenues were essentially flat, declining by 0.1 per cent. Europe saw growth for the first time in 12 years and the market also increased in value in North America and Latin America.
• The US remains at the head of the top 20 markets table and saw consolidation in 2013; the top six markets in Europe – France, Germany, Italy, Netherlands, Sweden and the UK – all saw growth. There was strong digital growth in many emerging markets including Argentina (+68.5%), Peru (+148.5%), South Africa (+106.8%) and Venezuela (+84.9%).
• Revenue from digital channels increased by 4.3 per cent in 2013 and now accounts for 39 per cent of overall industry trade revenues. Downloads remain the biggest source of digital revenues, accounting for 67 per cent of the digital market in 2013.
• Revenues from subscription services surged by 51.3 per cent in 2013, passing the US$1 billion mark for the first time. Global revenues from subscription and advertising-supported streams now account for 27 per cent of digital revenues, up from 14 per cent in 2011. It is estimated that more than 28 million people worldwide now pay for a music subscription, up from 20 million in 2012 and just eight million in 2010. Music subscription, which has helped transform Sweden and Norway in recent years, is now having a similar positive impact in Denmark and Netherlands.
• Global performance rights revenue crossed the US$1 billion threshold in 2013. This income from broadcasts and public performance increased by 19.0 per cent in 2013 to hit US$1.1 billion, now accounting for 7 per cent of total record industry revenue.
Frances Moore, chief executive of IFPI, says: “IFPI’s Recording Industry in Numbers once again provides an unrivaled analysis of the global recorded music industry, examining the latest international trends and providing detailed figures from 50 territories worldwide. The broad picture that emerges is of an extremely diverse industry. Most of our major markets have stabilized, digital continues to grow, revenue streams have diversified and we are starting to deliver on the huge potential in emerging markets.”
IFPI’s Recording Industry in Numbers is available free to IFPI members and can be purchased by non-members. 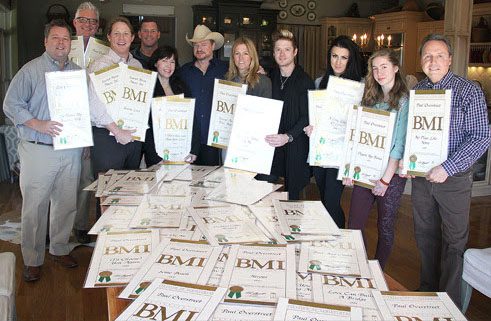 BMI Nashville VP, Writer/Publisher Relations Jody Williams and the BMI Nashville Writer/Publisher relations team recently visited Kingston Springs, Tenn. to re-present Country singer-songwriter Paul Overstreet with more than 30 BMI Country Awards, to replace the ones destroyed by Nashville’s flood in 2010.
The replacement awards commemorate classic songs, like Randy Travis’ “Forever and Ever Amen,” Alison Krauss’  “When You Say Nothing at All,” and Kenny Chesney’s “She Thinks My Tractor’s Sexy.”
BMI Country Awards are presented annually to the writers and publishers of the year’s most performed songs. Overstreet has published several of the songs he’s written, doubling his award count.
Additionally, Overstreet received numerous Million-Air certificates, which are presented to songwriters, composers and publishers whose songs amass more than one million U.S. broadcast performances. Overstreet’s songs have amassed more than 52 million performances.
Some of Overstreet’s other award-winning songs include “I Won’t Take Less Than Your love,” “On The Other Hand” and “Deeper Than The Holler.”
https://musicrow.com/wp-content/uploads/2014/04/BMI.jpg 321 491 Michael_Smith https://musicrow.com/wp-content/uploads/2019/03/MusicRow-header-logo-Mar19B.png Michael_Smith2014-04-01 10:28:562014-04-01 10:28:56Overstreet Presented With BMI Awards Previously Lost To Flood 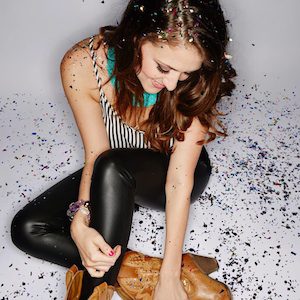 CMT Powering Education, the music television network’s initiative which encourages CMT viewers to pursue post-secondary education, has entered a long-term partnership with American Association of Community Colleges  to raise awareness about resources for workforce training and education within local communities.

Big Machine Music singer-songwriter Courtney Cole entertained attendees during an event on March 28 at Hazard Community and Technical College (HCTC) in Hazard, Ky. During the event, HCTC shared stories from community members who transitioned from coal mining to other careers by furthering their education.

AACC and CMT Empowering Education are launching the partnership first with Appalachian schools through the help of the Appalachian Regional Commission and will continue to spread the opportunity to community colleges nationwide over the next three years. 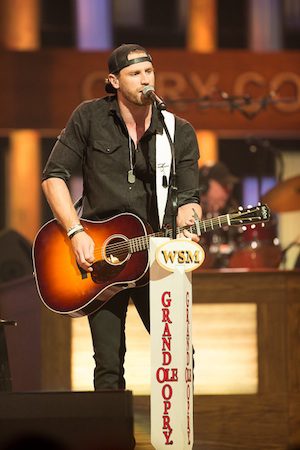 Chase Rice recently took his first steps “into the circle,” making his debut appearance at the hallowed Grand Ole Opry. He performed his single “Ready Set Roll,” as well as “How She Rolls” and intimate ballad “Jack Daniel’s and Jesus.”
“This is a huge milestone for me,” Rice said. “I will remember this night and that first moment on stage forever.”
• • •
Jeff Bates was recently recognized with a Resolution put forth by the State of Mississippi’s House of Representatives. The resolution commended Jeff Bates for his contributions to Country music.

Bates was raised in Bunker Hill, Miss., adopted as the eldest of nine children by sharecropping parents. After moving to Nashville, he landed a publishing deal with Warner-Chappell. However, in 2001, Bates’ battle with drugs landed him in jail putting an end, if only for a while, to his music career.
After being released, Bates co-wrote Tracy Lawrence’s 2002 single, “What a Memory.” In 2003, Bates inked his first record deal with RCA Records and released his debut album Rainbow Man. Three more albums would follow, including Leave the Light On (RCA), his self-titled project and One Day Closer (Black River), culminating in seven top-40 singles and a No. 1 Christian country single. 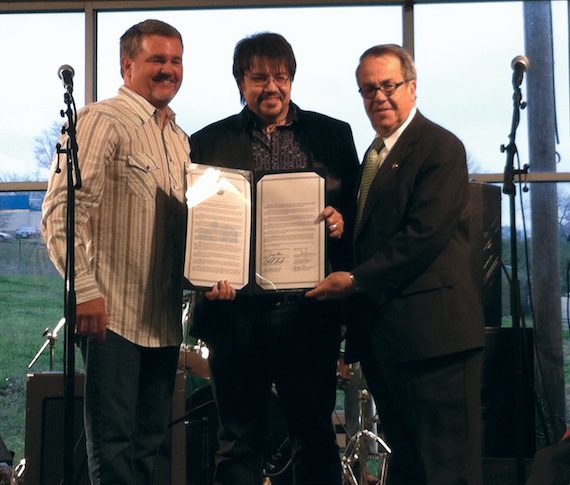 Jeff Bates is honored in his homestate of Mississippi.