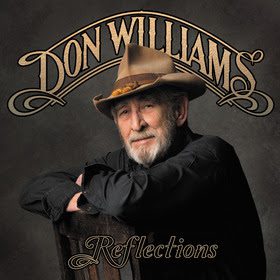 The “Gentle Giant,” Country music’s Don Williams, is set to release the 10-track studio album Reflections on March 11 via Sugar Hill Records.
Reflections features cuts from Townes Van Zandt, Merle Haggard and Jesse Winchester. Garth Fundis signed on as co-producer on the project.
Album tracks including “Stronger Back,” “Back to The Simple Things,” and “Working Man’s Son” celebrate the strength and integrity of everyday men and women, while “I’ll Be Here In The Morning” and “I Won’t Give Up On You” are narratives of love. 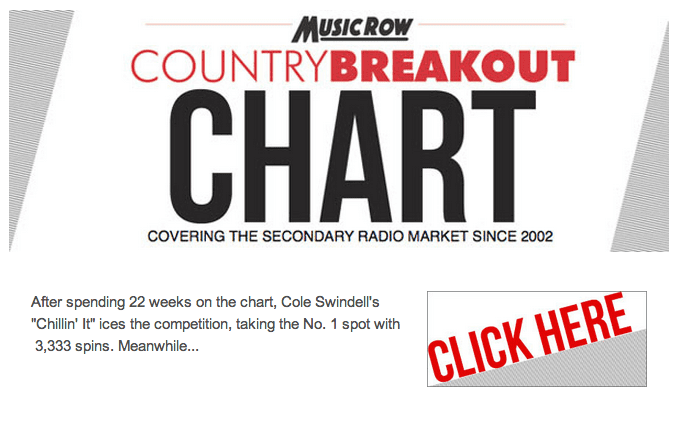 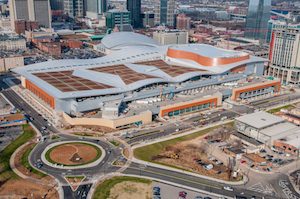 Since opening its doors in May, Nashville’s $585 million, 1.2-million-square-foot Music City Center has generated a $26.4 million economic impact. In the Music City Center’s first quarter of operation, the space has hosted more than 100 events and more than 18,000 hotel room nights, according to tvsdesign.
Music City Center was created by architecture firms tvsdesign, Tuck Hinton Architects and Moody Nolan, as well as the construction team of Bell/Clark/Harmony, and the Nashville mayor’s office.
“There was a lot of care taken to create a place that reflects the best features of the city and brings them down to the human scale,” said Kevin Gordon, principal with tvsdesign. “We’ve designed convention centers all over the world, including three of China’s largest convention centers and four of the five most popular U.S. convention centers. There really isn’t anything else like Music City Center in the world.”
https://musicrow.com/wp-content/uploads/2013/02/Music-City-Center1.jpg 199 300 Jessica Nicholson https://musicrow.com/wp-content/uploads/2019/03/MusicRow-header-logo-Mar19B.png Jessica Nicholson2014-01-10 10:15:372014-01-10 10:15:37Music City Center's First Quarter Brings Significant Economic Impact 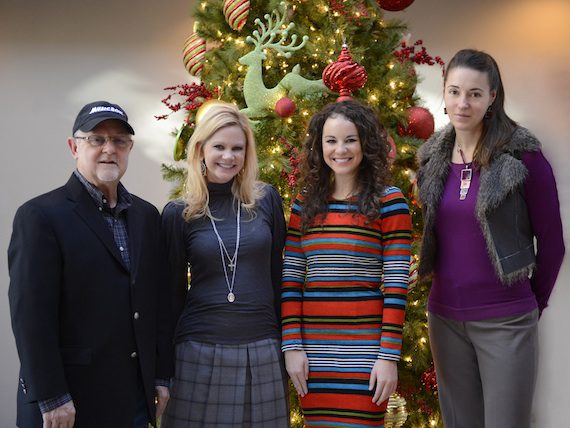 Artist/Songwriter Danika Portz celebrated the holidays by becoming a member of The Country Music Association. Portz is from Remsen, Iowa and now resides in Nashville. She is joined here by her co-publishers, CMA members Woody Bomar (Green Hills Music Group) and Leslie Mitchell (Grin Like A Dog Songs). Portz is sponsored by Bettie Page Clothing of Las Vegas. 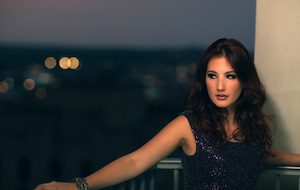 Katie Armiger has partnered with iHeartRadio’s “Country Artist of the Month” series for January. The partnership will give fans a first look at the music video for her single “Safe.” The online premiere is available for viewing across all Clear Channel Country station websites beginning today (Jan. 10).
Armiger partnered with video director Justin Baldoni and the Long Beach Fire Department to create a dramatic video depicting the sacrifices of first responders and their families. Armiger has launched an awareness campaign called Project Feel Safe to honor our nation’s first responders. 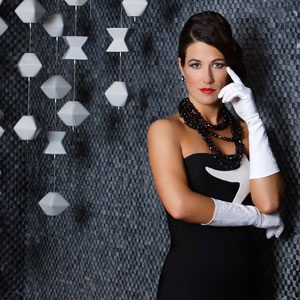 All proceeds from digital downloads of Transfer Records artist Anna Wilson‘s new single, “Spirit,” will be donated to Women’s Ski Jumping USA to assist Visa women’s Ski Jumping Team’s coaching, travel, training and equipment on their road to the Sochi Olympic Games next month.
“It only takes $0.99 to be a part of history and help an athlete achieve their dream. Please download ‘Spirit’ and you can be a part of this incredible journey and help these ladies get ready to fly,” Wilson said.
Next month marks the first time women ski jumpers will be able to compete in the Olympic Games. Women’s Ski Jumping USA and top athletes from around the world pushed for over a decade to see their sport be included in the Games.
For more information, visit annawilson.com.
https://musicrow.com/wp-content/uploads/2014/01/cma-danika-portz11.jpg 428 570 Jessica Nicholson https://musicrow.com/wp-content/uploads/2019/03/MusicRow-header-logo-Mar19B.png Jessica Nicholson2014-01-10 09:48:152014-01-10 09:48:15Artist Updates (1/10/14) 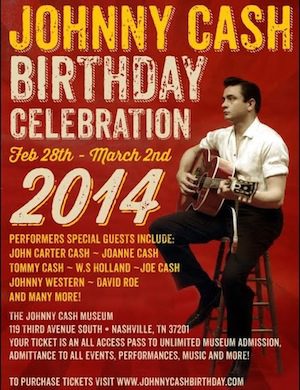 Nashville’s The Johnny Cash Museum (JCM) will mark Johnny Cash‘s 82nd birthday this February with its inaugural Johnny Cash Birthday Bash. In a three-day event running from Feb. 28 through March 2, fans will be treated to appearances by Johnny Cash family members and former band members.
“We are thrilled to bring back the Johnny Cash Birthday Celebration and even more so to bring it to Nashville for the first time,” says founder Bill Miller. “We have a long tradition of bringing Johnny’s fans together with his family, friends and peers in an intimate celebration of his life.”
Those appearing throughout the celebration include:
John Carter Cash
Joanne Cash (Yates)
Tommy Cash
W.S. Holland
Joe Cash
Johnny Western
David Roe
Tickets for the celebration are $55 and can be purchased online at johnnycashbirthday.com. 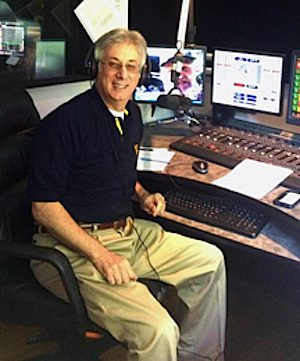 Many years ago in a land far away, Ypsilanti, Mich., I packed up my Camaro and after giving away many things, including a dining room set, I drove to Denver and went to work for KLAK. There I met a fellow disc jockey who would become a lifelong friend and also a future and ex-wife.
This was my first really good job and I learned a great deal about being a disc jockey and the friends I made there are still people I talk to every week. That little AM station in Denver spawned three Country Radio/Disc Jockey Hall of Famers by the way. Not many (if any) single stations can claim that.
Years later, that then current and now still ex-wife and I, packed up, gave away furniture again and headed east to another radio job. This time Wheeling, W.V. There I met a competitor who would become my 30 year business partner in McVay Media.
BLAH, BLAH, BLAH. (That represents many other car packings and belongings purgings.)
The radio business is very similar to the record business in that there are always other opportunities that appear more attractive in the minute. The difference is often that the radio guy must put miles on his car when he changes jobs. In the record business, the new office in just a block or two away.
Well, on Dec. 22, 2013 I packed up my car, gave away a TON of stuff, and left Morgantown, W.V. for Nashville. It seems like I have been doing this for decades because I have. This is the last time. With that knowledge, I am truly excited about working with the great staff at Cumulus/Nashville. I’m even thinking about selling my car so that I won’t be tempted.
As I look back, I must say I made two great friends those many years ago and coincidentally I am back with both of them here in Nashville. The ex-wife…not so much.
Many young broadcasters ask me how to move up in the business. I have three suggestions.
1. Buy a big car.
2. Be willing to give away a lot of your stuff.
3. Make friends at each stop.
(The views expressed in this article are those of the author and do not necessarily reflect those of MusicRow.)
https://musicrow.com/wp-content/uploads/2012/12/CCook-onair-39022.jpg 260 390 contributor https://musicrow.com/wp-content/uploads/2019/03/MusicRow-header-logo-Mar19B.png contributor2014-01-10 08:46:342014-01-10 08:46:34Charlie Cook On Air: How To Move Up In The Business 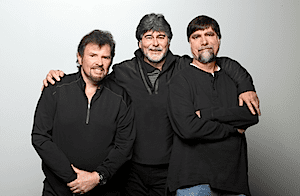 Country Music Hall of Fame group Alabama has signed a new management deal with Tony Conway’s Ontourage Management.
Band members Randy Owen, Jeff Cook, and Teddy Gentry said, “We have known Tony Conway for 30 years, and his reputation and major accomplishments in the music industry made this a natural fit. We want to continue our journey, and we feel Tony can help us accomplish that.”
Conway has more than 38 years of industry experience. He spent 33 years with Buddy Lee Attractions, rising to the role of CEO and co-owner. In 2010, Conway launched Conway Entertainment Group and Ontourage Management. Conway has represented a wide array of clients through the years, including George Strait, Willie Nelson, Waylon Jennings, Garth Brooks, George Jones, Lorrie Morgan, The Dixie Chicks, Miranda Lambert and Jason Aldean.
“I have had the pleasure of knowing the members of Alabama for many years, and I am extremely proud they have chosen us to help further their endeavors and work with them on future projects. New music, selected tour dates, a film documentary, and a book are in the plans. Alabama has created an incredible legacy through both music and philanthropy. We are honored to be part of their team,” said Conway.
https://musicrow.com/wp-content/uploads/2014/01/Alabama-21.png 196 300 Jessica Nicholson https://musicrow.com/wp-content/uploads/2019/03/MusicRow-header-logo-Mar19B.png Jessica Nicholson2014-01-09 17:30:272014-01-09 17:30:27Alabama Inks New Management Deal 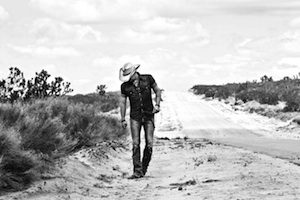 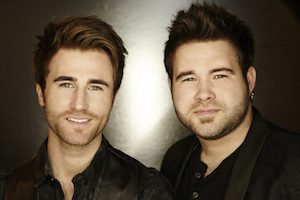 Zach and Colton Swon, better known as The Swon Brothers, won numerous fans during their time competing on the fourth season of NBC’s The Voice. The Muskogee, Okla., natives were coached by fellow Oklahoman Blake Shelton, and earned a third place finish.
Shortly after their stint on The Voice, they signed with Arista Nashville, home to Brad Paisley, Carrie Underwood, Jerrod Niemann, Kix Brooks, The Henningsens and others. Since their time on The Voice, and signing with William Morris Endeavor Entertainment for booking, the brothers have had precious little downtime. Their calendar is filled with concert dates and recording sessions. Not a bad payoff from the audition for The Voice, especially considering it was an impulse decision for the brothers. “We went along to support someone else who was auditioning, and we auditioned, too,” said Zach. “We didn’t expect to make it to the finals.”
Zach and Colton have been performing for most of their lives, and by the ages of nine and 12, they were traveling to Nashville in pursuit of their musical dreams. They moved to Nashville full-time in August 2013. The brothers visited MusicRow‘s office recently to perform a trio of acoustic songs including their first single, “Later On,” penned by Ryan Hurd, Joey Hyde, and Justin Wilson. The song was one of the first tunes pitched to the duo for their upcoming debut album, and will officially impact radio in March. “It had that harmony-driven melody that we love,” said Zach. They are collaborating with producer Mark Bright on the project.
The Swon Brothers also performed a new tune, which the brothers co-wrote with Charles Kelley and Dave Haywood of Lady Antebellum. The brothers talked to Kelley during a recent Eagles concert at Nashville’s Bridgestone Arena, and the pair decided to write together. Their final song during the visit was a cover of Loggins & Messina’s “Danny’s Song,” that Shelton suggested they perform on The Voice. The brothers recently performed the song with Kenny Loggins backstage at one of Loggins’ concerts.
“We are excited to be here in Nashville, living our dream,” said Colton.
[slide]
https://musicrow.com/wp-content/uploads/2014/01/DSC_1150.jpg 537 805 Jessica Nicholson https://musicrow.com/wp-content/uploads/2019/03/MusicRow-header-logo-Mar19B.png Jessica Nicholson2014-01-09 15:51:142014-01-09 15:51:14MusicRowPics: The Swon Brothers 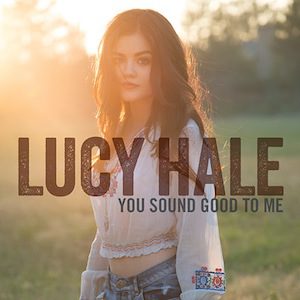 • • • Lucy Hale’s debut single “You Sound Good To Me” entered the iTunes country chart at No. 1 and landed at No. 15 overall when it was released Tuesday (Jan. 7). It was written by Ashley Gorley, Luke Laird and Hillary Lindsey. Hale will make her morning TV debut performing the song on Good Morning America Friday, Jan. 10 and Live With Kelly & Michael on Jan. 14. A sneak peak of the music video aired during the winter premiere of the ABC Family hit series, “Pretty Little Liars,” on which Hale stars as Aria Montgomery.
• • • Joe Nichols and wife Heather are expecting baby number two, he shared today on Twitter. Their daughter Dylan River was born in 2012. Nichols also has a teenage daughter, Ashelyn, from a previous relationship.
• • • Reba is promoting Activia Greek Light Nonfat Yogurt in a new advertising campaign.
• • • Aaron Tippin, Darryl Worley and Lucas Hoge will perform at the first annual Valentines For Veterans Salute To America’s Gold Star Families concert at the Country Music Hall of Fame & Museum on Sat., Feb. 8 at 7:30 p.m.
• • • Rodney Atkins guests on a new track called “Right” by hip-hop artist Bubba Sparxxx.