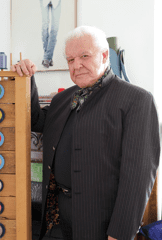 Fashion designer Manuel Cuevas, will hold the Grand Opening of his new retail space at 800 Broadway in downtown Nashville on Sept. 12th. The 3100 sq. ft. of space will showcase iconic couture Manuel designs and highlight the “New Vision” collection. Using cost-efficient design processes, Manuel’s “New Vision” is a collection of affordable pieces and one-of-a-kind items that will be 100% American made. “New Vision” includes apparel pieces and accessory items including leather goods, boots, dresses, pants, shirts, skirts and other creations for men and women at an affordable price point.
“We are excited about our new location and all that it represents,” stated Manuel. “The Nashville tourism, music and fashion communities have stood behind me for so many years. I am looking forward to sharing our new home with our friends and visitors who love Nashville as much as I do.”
The grand opening will feature light hors d’oeuvres, drinks and drawings for a special gift from Manuel. The evening will feature the music of Stephanie Urbina Jones, followed by Frank Ortega. The grand opening will be located at 800 Broadway in Nashville and will take place from 6p.m. until 8p.m. To RSVP for the grand opening, contact [email protected] or 615-321-5444.

Big Yellow Dog Music has signed 22-year-old singer-songwriter Maren Morris. Morris hails from Arlington, Texas, where she has had three songs on the Texas Music Chart, including the No. 1 song “All That It Takes.” Morris has also appeared with artists including Pat Green, Gary Allan, Marty Stuart, Radney Foster, Bob Schneider, Monte Montgomery and Eli Young Band.
“We couldn’t be more excited to have Maren join the BYD family,” says Laura Wright, Big Yellow Dog Music’s Creative Director. “She’s a truly unique singer-songwriter who creates great music for all the right reasons. She’s the complete package, and we’re so lucky to have her!” 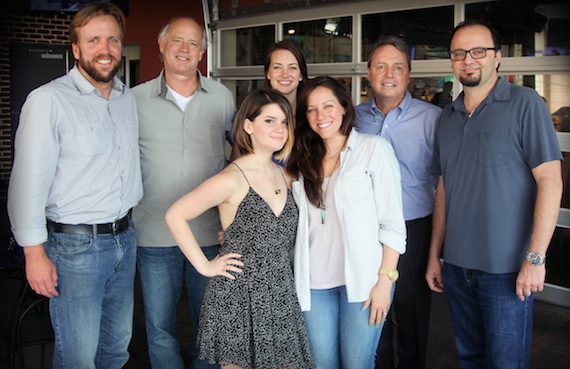 Hutchins/Music Row Administrators Group will kick off its fall speaker series on Thursday, Sept. 19 at BMI’s 6th Floor Theater. The speaker for the event will be attorney Steven Gladstone,who will speak on how LLCs can be used by entertainment business owners for multiple reasons. Gladstone was recently featured on Forbes.com. Future speakers will include MusicSynk’s Robin Piscotta (October) and Country Radio Broadcasters’ Bill Mayne (November). To RSVP for one of the meetings, contact [email protected].
https://musicrow.com/wp-content/uploads/2013/06/manuel-photo-2013.png 240 162 Jessica Nicholson https://musicrow.com/wp-content/uploads/2019/03/MusicRow-header-logo-Mar19B.png Jessica Nicholson2013-09-10 10:50:452013-09-10 10:50:45Industry Ink (9-10-13)

Several of Britain’s top songwriters are set to showcase their talents in Music City this month. The week-long live music event United Kingdom/Nashville Songwriter Exchange Collaboration will take place Sept. 16-25 and is open to the public.  Performances by these artists will be held each day and night at Nashville’s Belcourt Taps. The collaborations will include extensive songwriting sessions at the Nashville Songwriters Association International. Artists and writers taking part include James Otto, Trent Tomlinson, Lee Roy Parnell, Ira Dean, Marty Raybon, Hilary Williams, Steve O’Brien, Steve Cropper, Earl Bud Lee, Brad Stewart and Will Rambeaux. Other special guests will include Roger Cook, Anthony Smith, Shannon Lawson, King’s Bullet, Sammy Hudson, Dan Daley, Steve O’Brien, ISHI, Daisy Mallory, The Band 13, Chas Sandford, Blue Miller, James House, BREE, Natasha Borzilova, Lotte Mullan, Paul Steel, Matt May, Mark Hill, Jessica Sharman, TJ Howard, Allen McKendree, Travis Gilbert, Stewart Mann and Statesboro Revue.
“I’m excited to unite these two cultures together,” expressed Rose Melillo, industry veteran and owner of Belcourt Taps. “Nashville has many talented performers and for the UK to see that and believe in our artists is surreal.”
In exchange, The British Government will be repeating the process in Brighton, England next year by inviting Nashville acts for their showcase event called “The Great Escape.” In addition to the support of the UKTI and NSAI, sponsors include Spokes Buzz, Band Swap, Czann’s Brewing Company, and New Belgium Brewing. Executive chef Jane Marcum will be catering all the private parties during this week. Any donations and money raised during this event will go straight to Last Chance For Animals (LCA), a national non-profit organization that is dedicated to eliminating animal exploitation.
For a full performance schedule of shows at Nashville’s Belcourt Taps, visit belcourttaps.com. 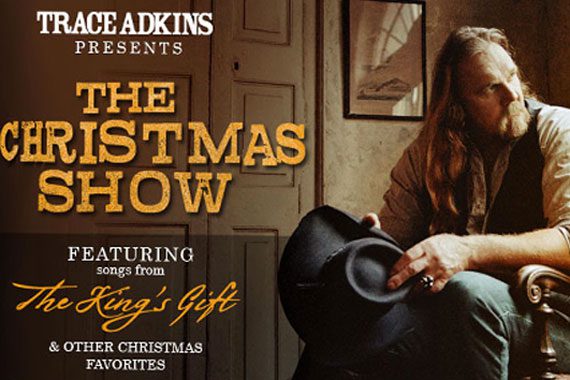 Trace Adkins will release a Christmas album of Celtic carols entitled The King’s Gift on Oct. 29, 2013. The holiday album will feature several special guests, including The Chieftains, Alyth McCormack, Emma Stevens, The Isaacs, Kenny Aronoff and Kevin and Lily Costner. The album will also include Adkin’s cover of “We Three Kings,” which he recorded last Christmas.
Following the album’s release, Adkins will embark on The Christmas Show Tour, a theatrical and musical production beginning on Nov. 15. The production will alternate between Adkins telling stories and performing carols alongside a string quartet, female vocalists and a range of traditional instruments. The holiday tour is inspired by Adkin’s annual hosting duties at Disney World’s Candlelight Processional. 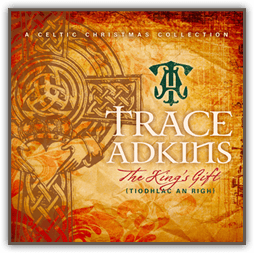 Pictured (L-R): Troy Tomlinson (CMA Chairman of the Board of Directors; Wariner; Sheri Warnke (CMA SVP of Marketing and Communications)

Steve Wariner revealed the CMA Broadcast Awards finalists this morning via Live Stream from CMA’s Nashville offices.
Normally, five finalists are selected for CMA Broadcast Personality and CMA Radio Station of the Year in four categories: Small, Medium, Large, and Major Market. However, the categories this year are especially competitive with ties in three categories. Large Market Personality of the Year has seven nominees vying for the trophy while Small Market Personality of the Year and Major Market Station of the Year each have six contenders.
The CMA Broadcast Award winners will be notified in mid-October and will be acknowledged at The 47th Annual CMA Awards, to be held Wed., Nov. 6 beginning at 8 p.m. ET on ABC. (8:00-11:00 PM/ET) and broadcast live by ABC from the Bridgestone Arena in Nashville. Brad Paisley and Carrie Underwood return to host the event for the sixth time. See the list of nominees in artist categories here.
The third and final ballot will be emailed to CMA members Thurs., Oct. 10. Voting for the CMA Awards final ballot ends Mon., Oct. 28 (5:00 PM/CT). 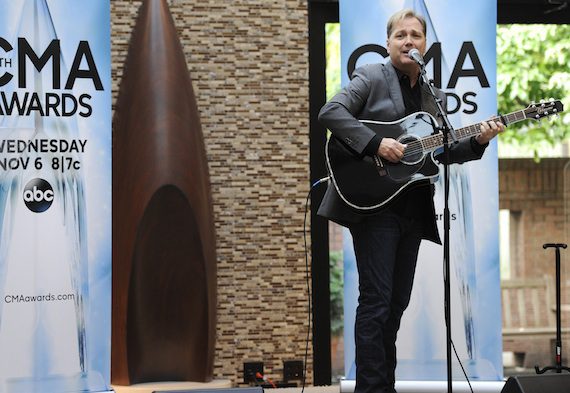 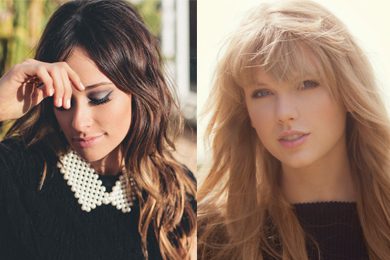 Kacey Musgraves and Taylor Swift tie with six nominations each for the 2013 CMA Awards.

• Craig Morgan has added several ticket packages to his upcoming 7th Annual Celebrity Off-Road Trail Ride & Concert this Saturday (9/14) in his hometown of Dickson, Tenn. Aaron Lewis and Tate Stevens as well as a number of motocross celebrities will join Craig for the event, which includes a motocross exhibition from several top competitors, followed by a group trail ride, lunch and an evening concert. Motocross stars participating this year include Destry Abbot, Fred Andrews, Randy Hawkins, Andrew Short, Larry Ward, and Ryan Villopoto. Proceeds will benefit Billy’s Place, which helps foster children in Dickson County and throughout Middle Tennessee. Additional information on ticket prices can be found at craigmorgan.com. 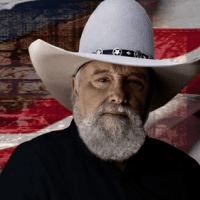 • Charlie Daniels’ “Scholarships for Heroes” charity benefit for The Task Force Dagger Foundation, which will take place this Wednesday, September 11 at The Palm in Nashville, has sold out. Emceed by Storme Warren, the evening will include a concert by Phil Vassar as well as a live auction. The Task Force Dagger Foundation provides assistance to wounded, ill, or injured soldiers and their families. 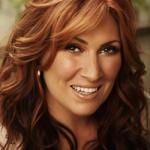 • Erin Enderlin made her Grand Ole Opry debut on Friday night (Sept. 6). Erin’s two-song set included “Finding My Voice” and the title track of her new album I Let Her Talk. “I can’t believe I made it through without crying,” Erin said mid-performance. “This has been my dream since I was a little girl — to stand up on this stage where so many of my heroes have played. I’m just so proud and humbled to be here tonight.” Erin’s Opry performance was dedicated to her late grandfather H.D. Clinton, who, along with her grandmother Wanda Clinton, raised Erin on music played on the Opry stage. A Kickstarter campaign to fund Erin’s music video for “I Let Her Talk” runs through October 6.
https://musicrow.com/wp-content/uploads/2013/07/craig-morgan-2013-photo1.jpg 170 300 Lorie Hollabaugh https://musicrow.com/wp-content/uploads/2019/03/MusicRow-header-logo-Mar19B.png Lorie Hollabaugh2013-09-09 15:23:032013-09-09 15:23:03Artist Action (9/9/13) 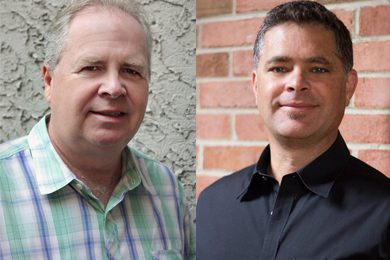 Black River Entertainment CEO Gordon Kerr announced an expansion at the company today (Sept. 9) with Brian Rhoades to the newly created position of Senior Director, Artist Promotion and Brand Development. With Rhoades’ immediate transition, Black River’s Vice President of Promotion, Bill Macky also announced the hiring of Mike Wilson as the Director, National Promotion, who fulfills the role immediately.
In his new role, Rhoades will work directly with Black River staff, strategic partners, and artists including Craig Morgan, Kellie Pickler, Glen Templeton and The John King Band. Rhoades began at Black River in 2011 bringing over 25 years of experience in the music industry, including time at Capitol Records, Sony Music, & Warner & Reprise Music Group in New York.
Wilson’s twenty plus years of radio experience comes from time as Vice President of Promotion for RCA, which includes taking over 100 singles to No. 1 on the charts.
“Brian Rhoades and Mike Wilson have demonstrated the important qualities needed for their new positions and I’m looking forward to their contributions to the company,” explained Kerr.
Both Rhoades and Wilson will be based out of the label’s Music Row offices in Nashville and can be congratulated at their respective emails.
https://musicrow.com/wp-content/uploads/2013/09/Black-River.jpg 260 390 Eric T. Parker https://musicrow.com/wp-content/uploads/2019/03/MusicRow-header-logo-Mar19B.png Eric T. Parker2013-09-09 14:55:322013-09-09 14:55:32Black River Entertainment Promotes and Hires The 2013 CMA Music Festival contributed a record-setting $31.5 million in direct visitor spending to the local community according to numbers released by the Nashville Convention and Visitors Corp.
“The CMA Music Festival is Nashville’s triple-crown,” said Butch Spyridon, President and CEO of the Nashville Convention and Visitors Corp. “It is the city’s largest festival. It generates the most economic impact and it provides prime time, national network exposure. The event continues to grow and evolve and outperform its record success every year.”
Originally started as Fan Fair in 1972 with 5,000 fans in Municipal Auditorium, CMA Fest has grown to a record daily attendance of more than 80,000 people.
“Since moving to downtown Nashville in 2001, CMA Music Festival has been an event that showcases Music City, drives tourism, benefits music education, and generates a strong base of local revenue,” said CMA President of the Board Ed Hardy. “This event has seen tremendous growth and with all the enhancements to the downtown footprint – especially with the opening of the new Music City Center – we have seen unprecedented attendance and the establishment of what has become a world-class music festival for Music City.”
In 2001, the Festival generated $15.5 million in direct visitor spending; in 2012, that figure had grown to $30 million. The Festival also benefits music education through a program called Keep the Music Playing. To date, CMA and The CMA Foundation have contributed more than $7.6 million to supply instruments and musical equipment for all 144 Metro Nashville Public Schools – providing a strong incentive for students to stay in school.
The 2014 CMA Music Festival will take place June 5-8 in Nashville and will again be filmed for a concert special on ABC. Tickets are available now at ticketmaster.com. 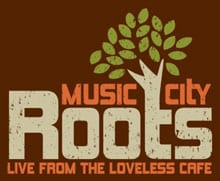 Belmont University has signed on as a lead sponsor of the inaugural televised series of Music City Roots: Live from The Loveless Cafe, which will premiere on its hometown station, Nashville Public Television, on Sept. 13, 2013 at 7 pm central. Soon thereafter, the 13-episode series, distributed by American Public Television, will debut in markets covering over 60 percent of all US households, including WNET in New York, WGBH in Boston, plus stations in Los Angeles, Austin and over 75 other markets.
Twelve of the season’s 13 episodes are condensed looks at shows from the Fall 2012 season of MCR. Performances include the emerging talent of Nashville’s Delta Saints, who met as students on Belmont’s campus. The 13th show will survey some of the best performances on the show in 2013.
Belmont University joins Col. Littleton, Griffin Technology and Star 129 Diamond Production to make this national broadcast possible.