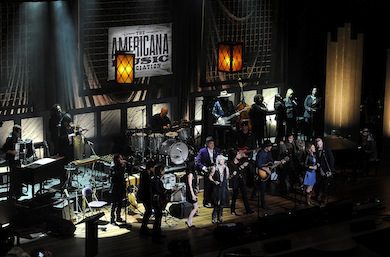 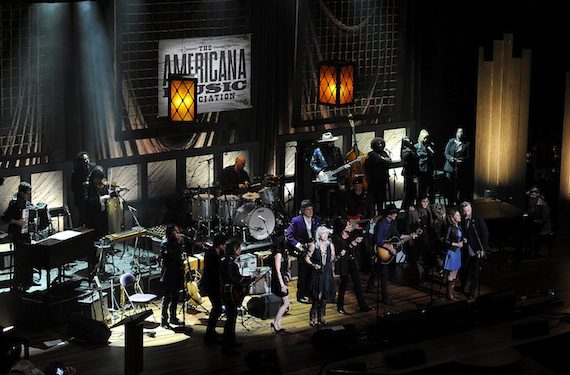 Emmylou Harris & Rodney Crowell, along with Shovels & Rope, were among the evening’s biggest winners at Wednesday evening’s (Sept. 18) 12th Annual Americana Music Honors & Awards, held at the Ryman Auditorium. Harris and Crowell took home Duo of the Year as well as Album of the Year for Old Yellow Moon, and anchored an all-star finale performance of the hit “Leaving Louisiana in Broad Daylight” (co-written by Crowell). Crowell and Harris also performed “Chase the Feeling” during the awards show. South Carolina band Shovels & Rope received the Emerging Artist of the Year honor, along with the Song of the Year trophy for “Birmingham,” from the group’s O’ Be Joyful project.

“We might very well not be here, as a genre and as an association, were it not for Emmy and Rodney,” said Jed Hilly, Executive Director of the Americana Music Association. “That we are celebrating them tonight not for the work they did 35 years ago, but for the work they did this year, on the same show that we’re awarding another duo that is only on its first album, speaks volumes about where we’re headed. What an amazing night.”