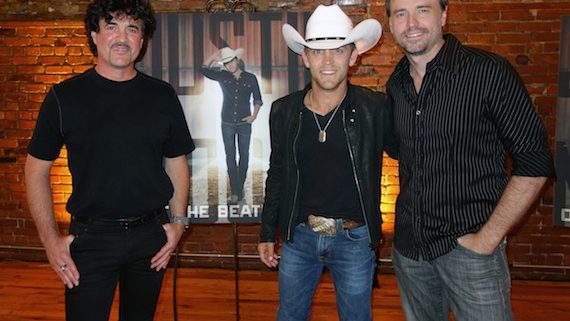 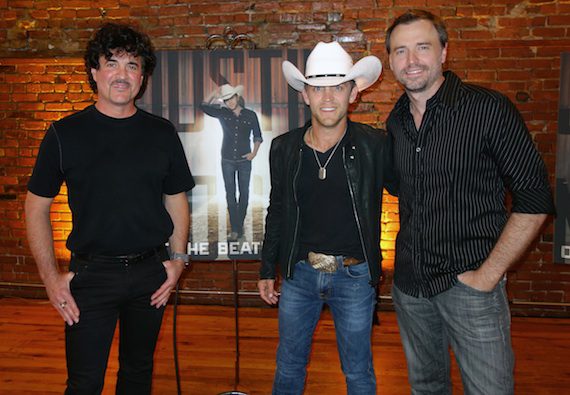 Justin Moore gave the Nashville music industry a first listen to his forthcoming album, Off The Beaten Path, on Monday (Aug. 5). Approximately 200 people gathered to hear a slew of tunes off the album, including the duet “Old Habits” featuring Miranda Lambert, “That’s How You Love Me,” “Off The Beaten Path” (which Big Machine Label Group’s Scott Borchetta called a “definite single”), the wistful “One Dirt Road” and the humorous song “I’d Want It To Be Yours,” which addresses the “behinds” of Jennifer Lopez and Kim Kardashian.
The project’s producer, Jeremy Stover, also co-wrote several songs on Off The Beaten Path. He took a moment to recognize all songwriters that took part in the album. “It has been amazing to watch Justin grow over these three albums. This is an incredible record with some new sounds from Justin. He truly is one of the best male vocalists out there,” said Stover.
Off The Beaten Path releases Sept. 17.