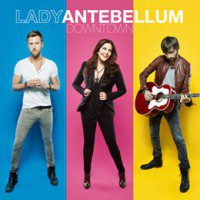 Lady Antebellum has revealed its latest single, “Downtown,” as the lead single from its fourth forthcoming studio album. The band will debut the track next week (Jan. 28) on The Tonight Show with Jay Leno, then a second performance the following week (Feb. 6) on CBS’s The Talk. For a preview of “Downtown,” click here. The track is available now for radio via Play MPE.

Eli Young Band performed its current single “Say Goodnight” and No. 1 title “Even If It Breaks Your Heart” during last night’s (Jan. 21) episode of The Bachelor. Nearly 7.5 million viewers tuned in to watch the ABC show, which featured a private concert between the bachelor himself, potential love interest AshLee, alongside two chronically ill teenage fans of the band. Watch the performances at the 52:04 & 57:40 marks here. The group is in the middle of recording a sophomore Republic Nashville album and will hit the road with Kenny Chesney’s No Shoes Nation tour in March.