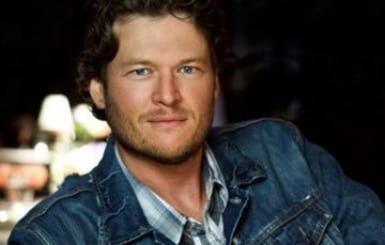 Blake Shelton will be featured in an all-new special on GAC titled, Backstory: Blake Shelton, to air Thanksgiving Day (11/22).

Three years ago, the reigning CMA Entertainer of the year was featured on the program sharing his professional and personal story. Since then, he has made his mark on NBC’s The Voice, he’s won five CMA Awards, three ACM Awards, multiple Grammy nominations, and married Miranda Lambert.

“For the first time ever, I’m not having to make a comeback,” said Shelton. “I’ve been able to make this last for 10 years now and I’m looking forward to another 20 or 30.”

Scheduled for appearances on the episode include Trace Adkins, Adam Levine, The Voice creator Mark Burnett, along with Shelton’s mother, sister and wife.  Shelton’s father passed earlier this year and is featured in footage from the original episode.

The completely updated 90-minute segment will premier at 5:00 pm ET on GAC.