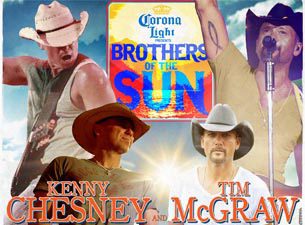 The Brothers of the Sun Tour, with Kenny Chesney and Tim McGraw, ended its run this weekend with two sold-out shows at Foxboro, MA’s Gillette Stadium. The 111,209 tickets sold for the New England shows were what Dan Murphy, Gillette Stadium’s Vice President of External Affairs, called “a record for the biggest country music event in New England history.” Two weeks ago, Chesney and McGraw hosted the biggest ticketed country show in NYC/NJ history at a sold-out MetLife Stadium in East Rutherford, NJ.

“I couldn’t imagine bringing this incredible journey to a close anywhere else but Gillette Stadium,” Chesney said. “The fans in New England welcome us with such energy year after year, and it was the perfect ending to one of the most fun tours I’ve been a part of.”

Those fans proved to be quite rowdy according to the Boston Herald, as Foxboro police arrested 101 concertgoers and placed 466 others into protective custody over the two nights of the New England Country Music Festival. Foxboro Selectman Mark Sullivan stated, “It’s just the way these young adults are today. They’re just crazy.”

The Brothers of the Sun Tour spanned 22 cities and packed 23 stadiums featuring Chesney and McGraw, as well as opening acts Grace Potter & the Nocturnals and Jake Owen. According to Pollstar, it’s the biggest stadium tour of the year and the highest-grossing tour of the summer. 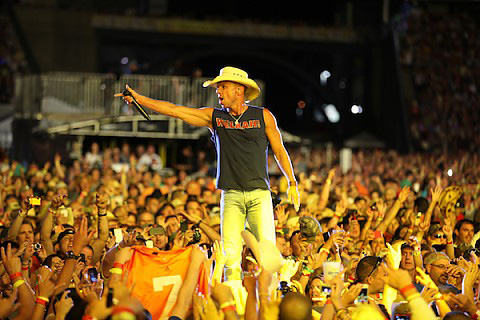