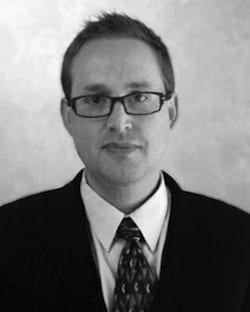 Ted Crockett has been named executive director of the Nashville Film Festival (NaFF) in time for its upcoming event, running April 19-26 at the Regal Green Hills Theaters.

Crockett has spent the last six months as interim executive director, following a tenure as managing director. He joined the Nashville Film Festival in 2004 as box office manager, and continued on as a contract employee with NaFF during the 2005 and 2006 festivals before becoming a full-time employee in 2007. His career path also includes five years at Nashville business management firm Flood, Bumstead, McCready & McCarthy.

“I’m truly honored by the trust and confidence placed in me by the Nashville Film Festival board of directors,” said Crockett. “I am thankful for the progress made and success of the festival by my predecessor Sallie Mayne and look forward to serving the community.”

Crockett is an active supporter of Tennesseans for the Arts, Nashville Public Television, Nashville Pride, Nashville GLBT Chamber of Commerce, Nashville Arts Coalition, and is a visual artist.