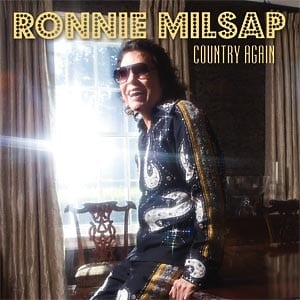 Ronnie Milsap will release his first new country album in five years next month. Country Again will be available July 26, with lead single “If You Don’t Want Me To (The Freeze)” going for adds July 18. He has already finished the music video for the song, which highlights a dance called “The Freeze.”
Country Again is being released as a joint venture between Milsap Music Group and Bigger Picture Group. Milsap will celebrate the release July 16 with a performance on the Grand Ole Opry.
Among the singer’s best known 40 No. 1 hits are ”Smoky Mountain Rain,” “(There’s) No Gettin’ Over Me,” “I Wouldn’t Have Missed It for the World,” “Any Day Now,” and “Stranger in My House”.
In 2009, he released Then Sings My Soul: 24 Favorite Hymns and Gospel Favorites.
Tracks on Country Again:
A Better Word For Love
Country Again
Cry Cry Darling
You’re The Reason I’m Living
Almost Mine
Oh Linda
Even Fools Get Lucky
For A Minute There
Fireworks
On My Own
Trapped In An Old Country Song
If You Don’t Want Me To (The Freeze)