Ronnie Dunn treated radio and industry to a sneak peak of his new solo album featuring the first single, “Bleed Red.” Dunn hosted the event last night at his famed backyard barn where he has written many hits.

>>Country acts Restless Heart, Steve Holy, Ty Herndon, Bo Bice and Jeff Bates came together (2/28) to headline a night of music honoring well-known songwriter Todd Cerney, recently diagnosed with Stage IV melanoma. Cerney is a Grammy-nominated songwriter best known for his hits “I’ll Still Be Loving You” by Restless Heart, “Good Morning Beautiful” by Steve Holy, and “No Mercy” by Ty Herndon. A Silent Auction was held at the event with numerous items for bidding, including Todd’s  own handwritten, personally-autographed lyric sheets for his two biggest hits, “I’ll Still Be Loving You” and “Good Morning Beautiful.” Donations may be made at any time to the Friends of Todd Cerney account through Regions Bank in Nashville or through Nashville Songwriters Association. Todd was unable to attend the event, but watched on his computer. 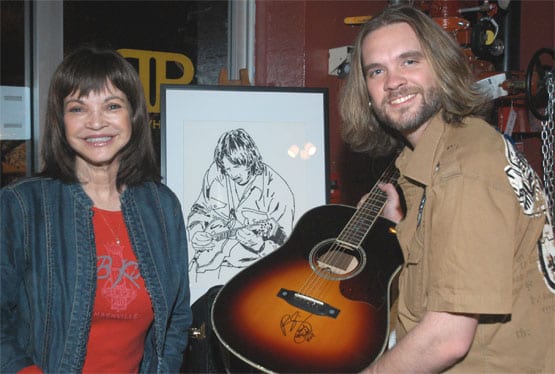 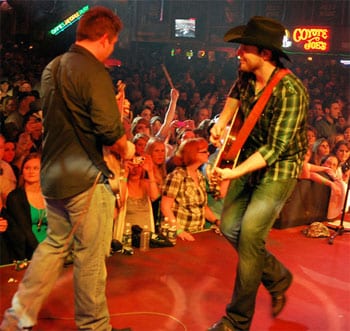 >>Chris Young recently surprised fans by headlining North Carolina shows at Charlotte’s Coyote Joe’s and Winston-Salem’s Johnny & June’s Ultra Saloon. More than 2,700 people packed Coyote Joe’s in Charlotte to hear Young perform his string of recent #1 hits, including “Voices,” “The Man I Want To Be” and his Grammy nominated tune, “Gettin’ You Home.” Young has also been on tour with Rascal Flatts.