Sony Music Nashville had much to celebrate at a gathering at the Country Music Hall of Fame & Museum following Wednesday’s 44th Annual CMA Awards, co-hosted by Carrie Underwood and Brad Paisley.  The evening saw top nominee and birthday girl Miranda Lambert walk away with three awards, claiming Female Vocalist of the Year, Music Video of the Year (“The House That Built Me”) and Album of the Year (Revolution), while Brad Paisley took home the night’s top honor with his first win as Entertainer of the Year. (Click photo to see larger version.) 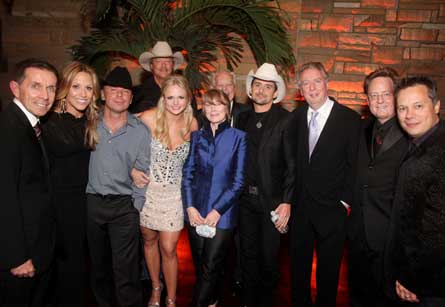 Blake Shelton, two-time CMA Award winner for “Male Vocalist of the Year” and “Musical Event of the Year,” celebrates his first ever CMA Award wins at Warner Music Nashville’s post bash. Shelton’s close friends Reba McEntire and Kelly Clarkson were among the friends on hand to celebrate with him. (Click photo to see larger version.) 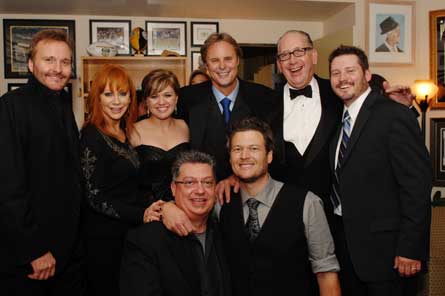 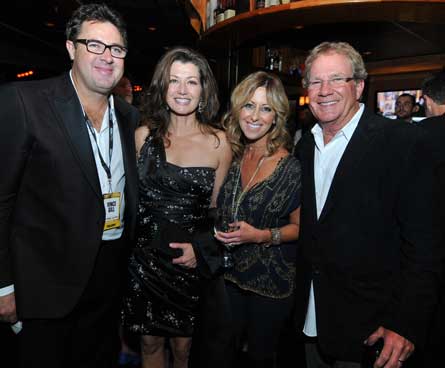