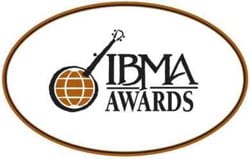 IBMA has announced the nominees for the 21st annual International Bluegrass Music Awards, scheduled for Thursday, September 30, 2010, at the Ryman Auditorium. The 2010 IBMA Award Show celebrates the strength and popularity of the genre both inside the bluegrass world and beyond, as the nominees reach out to new audiences with new music and interesting collaborations. 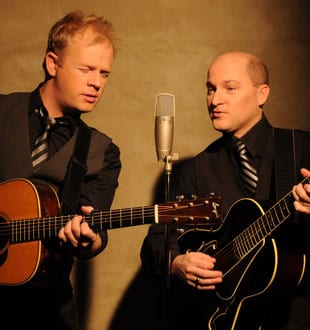 Longtime favorites Russell Moore & IIIrd Tyme Out are nominated in six categories: Entertainer of the Year, Song of the Year, Album of the Year, Male Vocalist, Gospel Recorded Performance and Vocal Group of the Year—an award the band received seven times from 1994-2000.

The Gibson Brothers were nominated in four categories; and the Josh Williams Band, Ricky Skaggs & Kentucky Thunder and The Del McCoury Band received three nods each.

The bluegrass industry’s highest honors of the year go to the new members of the International Bluegrass Music Hall of Fame. This year’s inductees are singer/songwriter, banjo and fiddle stylist John Hartford and the pioneering business manager of Flatt & Scruggs, The Earl Scruggs Revue and Earl Scruggs Family & Friends, Louise Scruggs. Hartford passed away in 2001, and Mrs. Scruggs passed away in 2006.

The IBMA Awards will be broadcast live on Sirius XM Satellite Radio (Bluegrass Junction, Channel 14) and on WSM-AM 650 (live at www.wsmonline.com), and will also be syndicated to more than 300 U.S. markets and 14 foreign networks. Program directors and station managers may sign up to be affiliates online at www.ibma.org.

The IBMA Award Show is the centerpiece of the World of Bluegrass week, including the industry’s Business Conference and Bluegrass Fan Fest, which takes place September 27 – October 3 in Nashville.

For a complete list of 2010 IBMA Awards nominees, visit www.ibma.org.