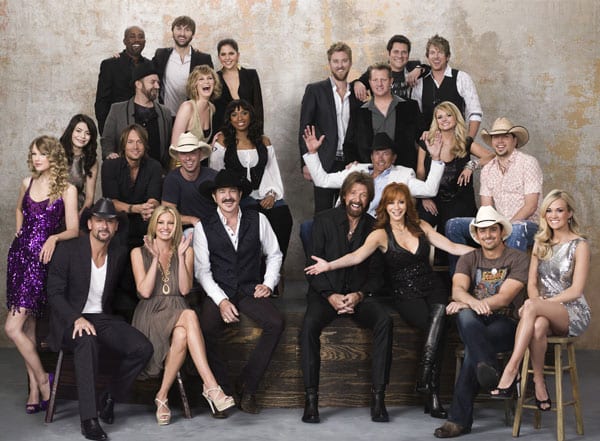 The Academy of Country Music has announced a $1 million endowment to ACM Lifting Lives, made on behalf of the artists who participated in the taping of ACM Presents: Brooks & Dunn – The Last Rodeo in Las Vegas in April. Ticket proceeds from the taping went to ACM Lifting Lives, which in turn quickly earmarked funding for those affected by the recent floods in Middle Tennessee.  The gift successfully completes a three-year funding commitment and fundraising campaign the Academy initiated in 2008.

“These artists generously donated their time and talent for this event,” said Erin Spahn, Director of ACM Lifting Lives. “We are so thankful to them, and we’ve worked to immediately turn around this endowment to fund programs that will quickly respond to the needs of those affected by the recent flooding in Middle Tennessee.”

On May 16, superstars Lady Antebellum and Paisley presented the first disbursement, a $250,000 check on behalf of ACM Lifting Lives to The Community Foundation of Middle Tennessee. The presentation was made live during the Great American Country (GAC) telethon, Music City Keep On Playin’ – A Benefit for Flood Relief. 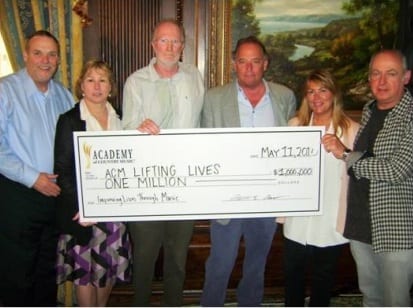 Last week, reigning ACM Entertainer of the Year Underwood and ACM Lifting Lives announced the creation of the new ACM Lifting Lives Temporary Home Fund to support flood relief efforts. The Fund takes its name from Underwood’s co-penned hit song “Temporary Home,” in acknowledgement of the immediate needs surrounding those impacted by the floods. Seed money to start the Fund represents the second disbursement from the $1 million endowment, with ACM Lifting Lives and Underwood each providing a portion to get it off the ground.

“We approached Carrie about how she wanted to use the matching grant she would receive as our 2009 Entertainer of the Year, and she leapt at the chance to help people in need of shelter,” said Spahn. “Our goals fit perfectly, and the Temporary Home Fund was created.”

A text-to-donate campaign for the Temporary Home Fund officially launched May 20 and continues through August. Underwood taped a PSA call-to-action inserted into ACM Presents: Brooks & Dunn – The Last Rodeo when it aired on May 23, encouraging viewers to text ACM to 501501 to make a one-time $10 donation. These donations will benefit The Community Foundation of Middle Tennessee and are earmarked specifically for nonprofits serving those displaced from their homes due to floods.

The ACM Lifting Lives Temporary Home will be administered in part by MusiCares and The Community Foundation of Middle Tennessee, to help ensure that people in need of temporary housing will have the support of nonprofits able to help.  Donations can be made NOW by texting ACM to 501501 through August 2010.  Text donations are confirmed by replying with YES, and can be made up to three times. Donations can also be made online at www.ACMliftinglives.org.  For information on the funding application process, visit www.cfmt.org.