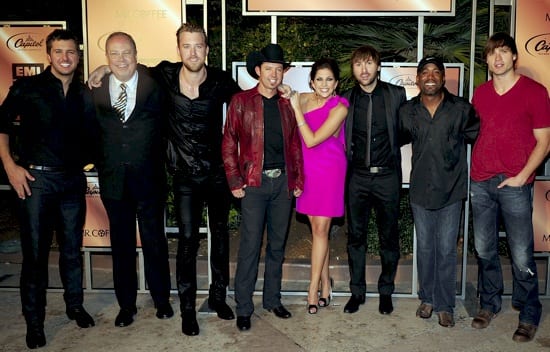 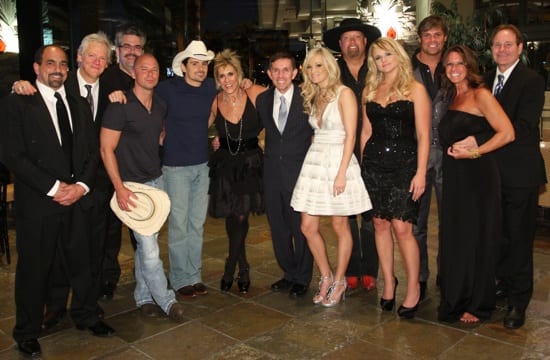 Lady Antebellum took home trophies in three categories, and received two additional awards in the same fields as songwriters and producers. The trio comprised of Hillary Scott, Charles Kelley and Dave Haywood received a total of five trophies. It was their first Top Vocal Group honor, and they also enjoyed wins for Single Record of the Year as artists and producers, and Song of the Year as artists and composers.

Lambert also had a stellar night, winning three awards, including her first for Top Female Vocalist. Her win for Album of the Year (Revolution) made her the first solo female artist to win the honor twice. She also took home Top Video honors for “White Liar.”

Once again, nearly half a million fans voted for the Entertainer of the Year category and named Carrie Underwood winner of the evening’s biggest honor for the second year in a row. She is the first female to win the award twice. Underwood also received the Triple Crown Award, thanks to her past wins for Entertainer, Top Female Vocalist and Top New Female Vocalist. Barbara Mandrell is the ACM’s only other female Triple Crown honoree.

Brad Paisley won Top Male Vocalist for the fourth consecutive time, becoming the only artist to receive three or more consecutive honors in that category.

With this year’s win for Top Vocal Duo, Brooks & Dunn’s ACM tally shot to 27, the most of any artist in Academy history. Due to this achievement, the retiring duo will be honored at ACM Presents: Brooks & Dunn—The Last Rodeo, taping tonight (4/19) in Las Vegas and airing Sunday, May 23, at 8:00 PM ET/PT on CBS.

Blake Shelton scored his first ACM Award for Event Of The Year with friend Trace Adkins for their No. 1 single, “Hillbilly Bone.” Montgomery Gentry was honored with the ACM/ The Home Depot Humanitarian Award. Taylor Swift, who went into the evening with five nominations and a truckload of trophies from other recent awards shows, went home without a win.

Entertainer of the Year Carrie Underwood